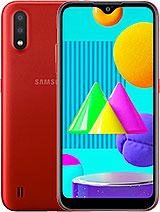 I m also using the fone for the last 13 months. It is handy, cute & no complaints at all. It is ideally suited for Ladies

I have been using it fo the previous six months without any issue. I like it.

Phone is good. I have been using it for around 1 and half year. Battery still lasts for around 1 day. Software is optimised. Till now no issues with network. Also phone doesn't heat much. Temp is usually around 40°C while playing games and 35-36°C during normal usage. Phone camera quality is good during day. But don't compare it with flagship phones.
Cons: I have been facing issues with usb port around 1/10 plugged.
After android 11 update screen is reduced by around 2 mm.
Build quality is okay. As it has fallen from a height of around 2 mts. and got dent on its casing. So better to use it with cover.
Charging time is around 4 hrs. for me as a student its OK.

Suran, 08 Sep 2021Very cheap build quality phone. Even small shock phone disp... moreCompany don't have nothing to do a bout it. It is a budget phone.

Hansa, 29 Aug 2021Very nice phone if compare with price. Phone have unique fu... moreI like this model specially its suitable size..
But I have no idea about its cost.can anyone tell me it? sm-M01

M01 is good phone but isn't good for camera.but it is very speed for bigger size GB games. Phones that are like a11,a10s are best camera but we can't play GB games because it will be strucked as they are 2GB ram phones. M01 is 3GB and prosser speed is above 2.0 GHz and upto 3,4GB ram phones are best .This phone (M01) is better than a11,a10s.Then don't waste your money for like those a11,a10s phones for buy a most fastest phone like m01.Because speed is more important than camera.I have a m01.It is good for gaming(like pubg, free fire and GTA) and zoom.If storage fulls in 2GB ram phones we can't play games or watch videos it will struck but 3,4GB ram phones fulls it can adjust all.Now this phone's rate is above 32 000rs in sri lanka. Screen size is issue for this phone. Normally M series are better than A series.

Very cheap build quality phone. Even small shock phone display getting cracked. I bought few phones to my office and every one is experience this issue.

Very nice phone if compare with price. Phone have unique function which is not mentioned in context of samsung Galax m01 specifications. This phone gives competition to costly smart phones

Anonymous, 04 Aug 2021I am facing call issues and camera quality was so poor !! I... moreYeah today I even faced same issue. Android 11 upfat has been preety good in performance and visuals but is killing battery too fast and network issues like I have to turn my off phone to bring back the vote logo to make calls and receive sms and that like 2 times in a day. Pretty worse.

M01 fan, 03 Aug 2021Yeah man, I've been observing that too and also I'... moreI am facing call issues and camera quality was so poor !! I am totally disappointed with camera performance and samsung has to give update for camera performance and should bring true 13 MP cam quality!! Some times HD calls is not working and simply tentioning!! Samsung must notice the problem and should give proper update for camera and audio HD calls

Anonymous512, 03 Aug 2021Has anyone noticed faster battery discharge even after usin... moreYeah man, I've been observing that too and also I've been having network issues too. Callers say my "number is unavailable to switched off"

Has anyone noticed faster battery discharge even after using adaptive power mode and even with no heavy usage.

I have been using this phone for two years and it is always advertising. That’s the only thing I don’t like.

I love this phone. I am using since 6 months or so, never faced any problem. After Android 11 update, the phone is smooth working. I once dropped the phone with very heavy impact to the ground but nothing happen. It is very compact phone, for those who don't like big phones. Battery lasts a whole day so far I'm happy with this phone. 😊

Does the battery last long?

I am currently using this device.
I really love it after get Android 11. New features are make me satisfied with this phone.
Working properly for this hardware. Worth for money.

M01, 12 May 2021Hi, Did a software update.Heqdphone output is totally mess... moreafter android 11 update you will receive another 80mb update which will resolve the issue of audio output through the headphone.