Samsung released the Galaxy A04 and followed it with the Galaxy A04e in October and it's now looking to add a third very similar model to its roster. A device with matching specs called Galaxy M04 appeared on Google Play Console. The yet unannounced M series smartphone will have a Helio G35 chipset that is limited to LTE connectivity. 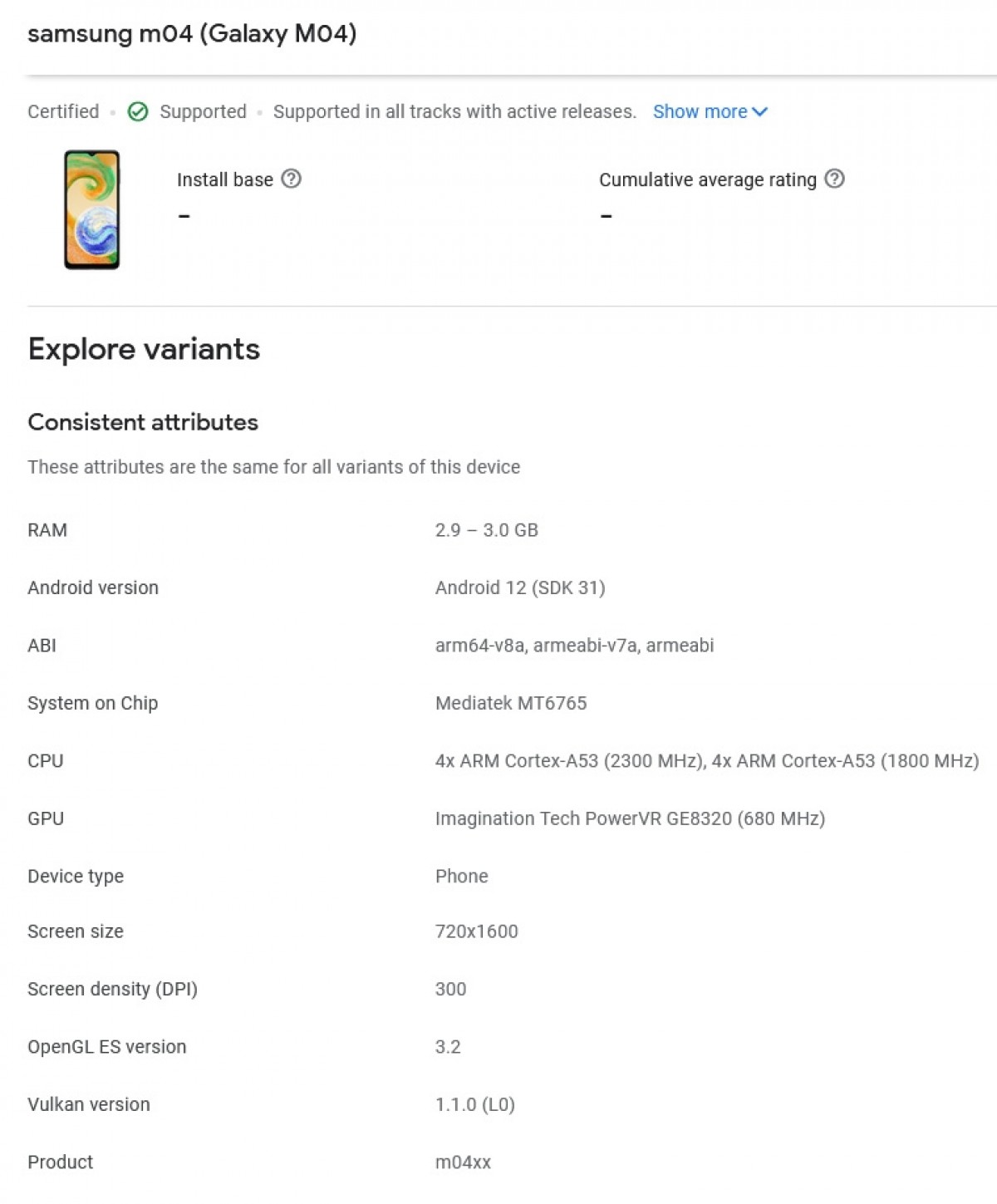 The smartphone has a fingerprint scanner on the side, right below the volume rocker, a waterdrop notch on the front, and fairly thick bezels from all sides. We can also see the 3.5mm audio jack on the bottom, right next to the USB port and the speaker grille.

The listing also confirms the 720p resolution of the screen, the 3GB RAM option and the Android 12 operating system. It has been more than four months since the first time we heard of a Galaxy M04 smartphone, so an announcement should be just around the corner.

Be tit will cost 180 a price where comparable xiaomi A1 cost 89 euros.

Just buy a used phone that has returns and refund system also comes with warranty if the phone is not stated in the description from the seller u can return and get your money back Ez worry free...i used to owned used xiaomi mi 9, redmi k20 pro, note...