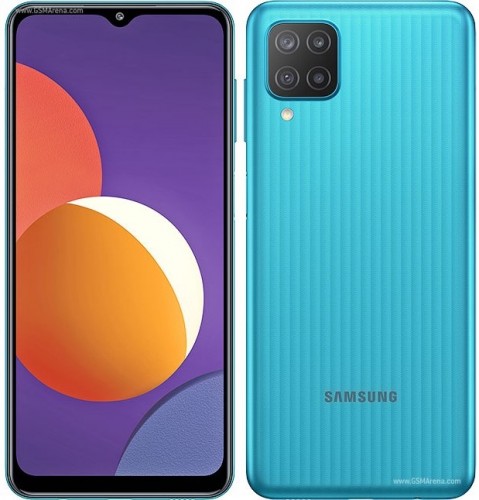 Around the back, we get a square-shaped quad camera setup, which is a combination of 48MP primary, 5MP ultrawide, 2MP macro, and 2MP depth units.

The rest of the Galaxy M12's features include a side-mounted fingerprint reader, NFC, USB-C, and a 5,000 mAh battery with 15W charging.

Samsung seriously needs to figure out their naming. How many models do they make in a year. They have M,A,S,F they had J I’m sure I missed some letters in the alphabet. Plus within those Letters you have subcategories from like 1 to 9, they they spec...

Samsung phones simply aren't a good value at this price point. Also nobody cares about russia