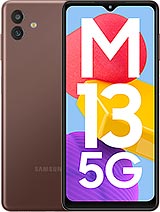 Somelamegeek, 26 Jul 2022Trust me- you don't need ultrawide which is that badwell then this should have only 1 rear camera. not dual with useless sensor.

Anonymous, 25 Jul 2022Pixelation depends on ppi not resolution of screen. You... morethat goes the same between those two. depending on which scenario.

you have to suffer, 25 Jul 2022720p is good at playing games for you??? lol enjoy pixelati... morePixelation depends on ppi not resolution of screen. You're wrong. For playing media and games low resolution is not an issue . Because there's always a lot of colours moving around the screen your eyes doesn't notice pixel . It's disturbing during photo or video editing you're right about that . But for end users it matters less. greater fps outweighs big pixels ... Any pc gamer would agree.

You're wrong about jio phone next . Colors aren't oversaturated . The software is specifically crafted by Google. I don't think Google world oversaturate colour throughout the os. The displays is so great , last lcd phone i used that had colors this accurate was moto g4. It's better than Nokia 6.1plus for sure

Cryb4by, 24 Jul 2022720p are great for playing games because it doesn't pu... more720p is good at playing games for you??? lol enjoy pixelation!!😂😂😂 if this phone were large but using 720p res, it would look trash. 5 to 5.5 inch phones makes sense for this resolution. if you were mentioning about color accuracy, no. there is no such good color accuracy for 720p PLS/IPS panel. its just look oversaturated.

that depth sensor should be replaced with ultrawide. it would sell well.

What about A23 5g phone details. I'm waiting to buy samsung A23 5g phone if the price is lessthan xiaomi 10 5g phone. Bcz xiaomi hardware spec is solid for 5years use.

Song Teck Lim , 24 Jul 2022A13 PLS 1080 p (better a13 display)😀 M13 PLS 720p👎720p are great for playing games because it doesn't put a lot of pressure on cpu . It also saves battery . generally you'll find hd+ displays have better colour accuracy , great contrast . I mean my jio phone next display is a lot better than my realme 6i display ...You'd rather have realme blue 1080p display that gives you tears playing games for an hour ... Which have flicker , have very high response time like 30ms ... Go buy realme don't comment on Samsung phones . They are a very big company full of state of the art engineers .. they know what they are doing .. your comments will get more praise on YouTube . Not here ..

Anonymous, 19 Jul 2022Not a good phone, worse than M13 4g, No ultrawide, 5mp fron... moreOf course, you are paying for 5G only. What did you expect. For 5G, they remove/downgrade every other nice feature like cameras, speakers, screens. Don't be surprised, there may not be an ambient light sensor.

5mp selphie wtf
why its not 16mp or at least 8mp...
samsung start using 32mp selphie on 200dollar budget phones in 2019 but now they decided to downgrade to 5mp

Anonymous, 19 Jul 2022xiaomi is also starting to use slow crap like the sd 680 in... moreWhat choice do they have if thats Qualcomms latest soc & most likely have canceled production of older soc in favour of the newer ones even its crap.

Anonymous, 19 Jul 2022While Xiaomi is starting to move from LCD to OLEDs even on ... morexiaomi is also starting to use slow crap like the sd 680 in newer phones, when they where known for great perf/dollar before...
x4 pro got downgraded to a sd 695 but muh OLED I guess...

Anonymous, 19 Jul 2022While Xiaomi is starting to move from LCD to OLEDs even on ... moreThat's a Samsung marketing strategy.

While Xiaomi is starting to move from LCD to OLEDs even on their budget phones. Samsung regress back to using TFT/PLS LCD displays.

Mobile Vivo T2X Much better than him

I've said this time and again that Samsung needs to shrink their portfolio because there's just too much saturation in their devices. An A3X, A5X, A7X and S/S+ is all they need, really.