Samsung's upcoming mid-range phone, the Galaxy M20, has been leaking like crazy for the past month and today's photo is here only to confirm what we know so far - a metal design, rear-mounted fingerprint reader and two cameras. 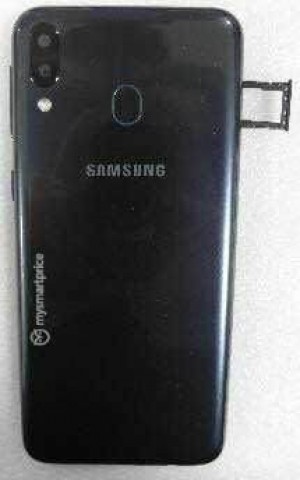 There was a leaked photo of the back panel back in mid-December which looks identical to the photo we got here. According to previous rumors, the cameras on the back will be 13MP + 5MP. However, the key selling point will be the humongous 5,000 mAh battery.

We will know all about the Galaxy M20 next week, when it's officially launching.

Samsung Galaxy M20 goes through the FCC with a 6.13-inch screen

They can reduce they price by using LCD and plastic built like their China's rival. No need to be so premium in midrange segment.