Samsung’s Galaxy M21 is due for an update and a new Geekbench listing is giving us our first bit of info on its successor - the upcoming Galaxy M22. The device is spotted bearing the SM-M225FV model number. The listing reveals that the M22 is powered by the Helio G80 chipset paired with 4GB RAM and boots Android 11.

The scores are not that impressive with 374 points in the single-core department and 1,361-points on the multi-core test. These numbers are close to what we saw from the yet to be announced Galaxy M32 which also utilizes the Helio G80 chipset. 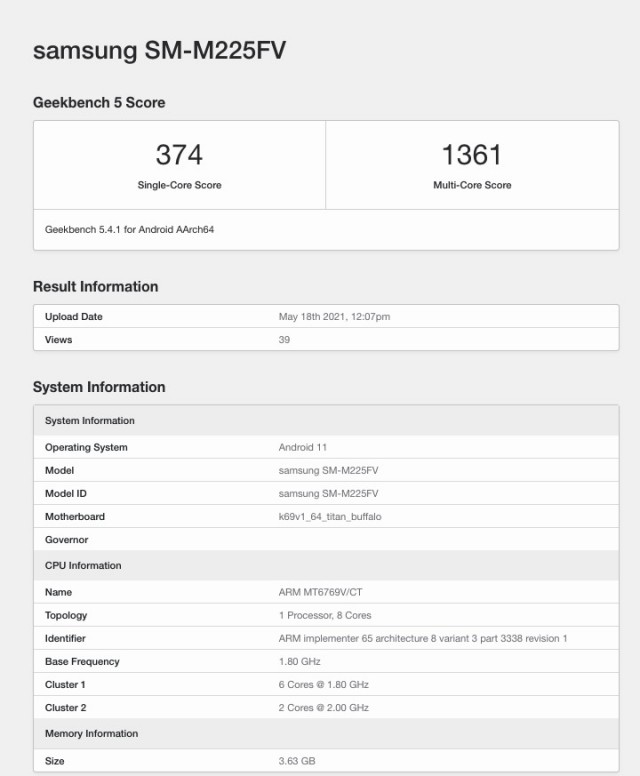 According to GalaxyClub, the M22 will bring a 6.4-inch SuperAMOLED display with a U-shaped notch cutout. The back will house a 48MP primary camera while the battery capacity will match last year’s M21 at 6,000 mAh. The M22 will come in Black, Blue and White colors and will be announced in Europe in the coming month with a suggested price tag of €230.

Guys, anyone please tell does this phone display is HD+ or FHD ?