Samsung's affordable M-series may not be as varied and all-encompassing as the recent A roster, but there's still a fair bit of segmentation for you to negotiate when picking one up. We have today the Galaxy M30 - essentially a Galaxy M20, but with a Super AMOLED display.

That's not all, though. Alongside the superior screen, you'd also be getting an extra depth-sensing camera on the back joining the primary 13MP module and the 5MP ultra-wide. Over on the front, there's another upgrade - the selfie shooter's resolution has been doubled to 16MP. Then there's the M30's RAM and storage options, which start where the M20 peaks - the base model is 4/64GB, but there's also a 6/128GB version. 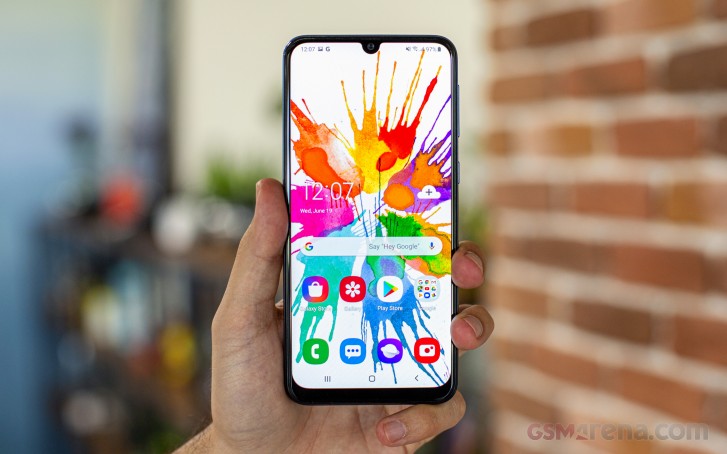 Some areas have remained unchanged and that includes the Exynos 7904 chipset - an efficient SoC that's not exactly a chart-topper in terms of performance. The 5,000mAh battery, on the other hand, is among the biggest you can get on a big name brand smartphone.

The Galaxy M30 is packaged identically to the M20 and the box contents don't differ much either. There's an AC adapter that's rated at 9V/1.67A and 5V/2A and is Qualcomm QuickCharge 2.0 compliant - or Adaptive Fast Charge as Samsung calls it. It's the same unit that ships with the S10 flagships if that will make you feel better about a charger that's been around since the S5. A USB-A-to-C cable is also included, and there's a clear silicone case to get you started on protection. 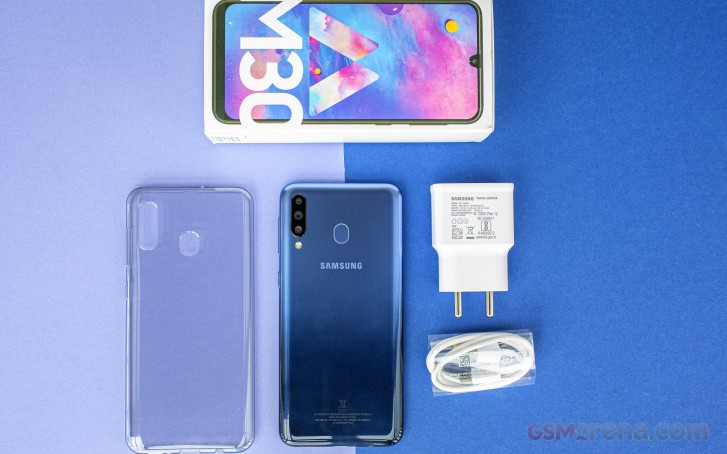 Join us on the next page where we take a deeper look at design and build quality.

LTE-Advance (Carrier aggregation) is not working for this handsets. I've raised it to Samsung team but not getting proper response from them. Processor being used for this Phone is Samsung in-house processor (Exynos). Seems they are not able to d...