The Samsung Galaxy M30s is set to be a huge upgrade over the already quite popular Galaxy M30. The first look at the camera cutout in a case had us worried that Samsung would be dropping a camera, but that’s not the case – the M30s will still have three cameras, though with a redesigned camera island. 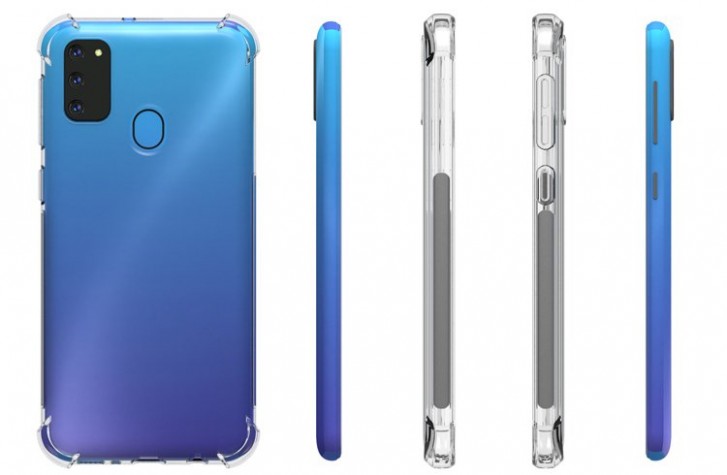 The main camera will be upgraded to 48MP sensor, up from 13MP. The wider island now houses the LED flash as well. The remaining two cameras will most likely be ultra wide and depth sensor, same as on the base M30.

The Galaxy M30s will also get a better chipset – an Exynos 9610, the same chipset as on the Galaxy A50. The upgrade is four A73 cores instead of two and a superior GPU. The Mali-G72 MP3 should offer both better performance than the G71 MP2 as well as better energy efficiency.

It remains to be seen if the battery capacity will remain at 5,000mAh, but the M30s already sounds like a better phone than the A50. The extra battery will just be the cherry on top.

When SamsungM30s will launch in Dubai

I don't exactly called this camera island 'copying' since all smartphone have the same look from the front too aka water drop notch. Oh, well. Since manufacturer keep doing this big camera island, what the heck. Average buyer don't care. Design wise ...