Samsung launched the Galaxy M30 last February, the M30s last September, and now it's time for the M31 to shine. The company's official website for India is now teasing the Galaxy M31, due to launch on February 25 at 12 noon.

Samsung helpfully revealed a few specs too. There are four cameras on the phone's back, one of which is the 64 MP main. The fingerprint sensor is on the back, while inside the M31 packs a 6,000 mAh battery. The screen is sAMOLED, unsurprisingly, with a small notch housing the front-facing camera. 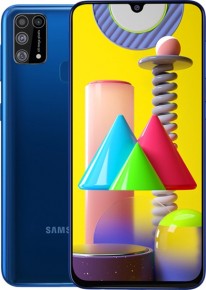 According to previously leaked information, the M31 is to be powered either by the Snapdragon 665 SoC or the Exynos 9611, while the rear camera array may consist of the main, an ultrawide, a depth sensor, and a dedicated macro cam.

Samsung Galaxy A71 in for review

You are truly "looking like a dumb" to be using terrible English like that. The fact that it's 4 years old is exactly why I shouldn't be able to compare it. A 2020 phone's performance shouldn't only be on par with a 2016 one's performance. You are tr...

You're truly looking like a dumb to compare with a 4 years old SoC.. That SoC is enough for its purpose..

Oh my god educate yourself in reading English first. I literally said "the 4 year old SD821". Or perhaps you just have a case of Alzheimer's so bad that you forget what you just read after reading it?