Samsung will officially launch the Galaxy M40 on June 11 in India, where it's partnered with Amazon. Yesterday a teaser from the retailer was posted, drumming up the excitement for the new smartphone.

Today the press render you can see below has been leaked. It shows the Infinity-O screen, with the punch-hole selfie camera, a first for Samsung's M-series (the other members of the family all sport notches). 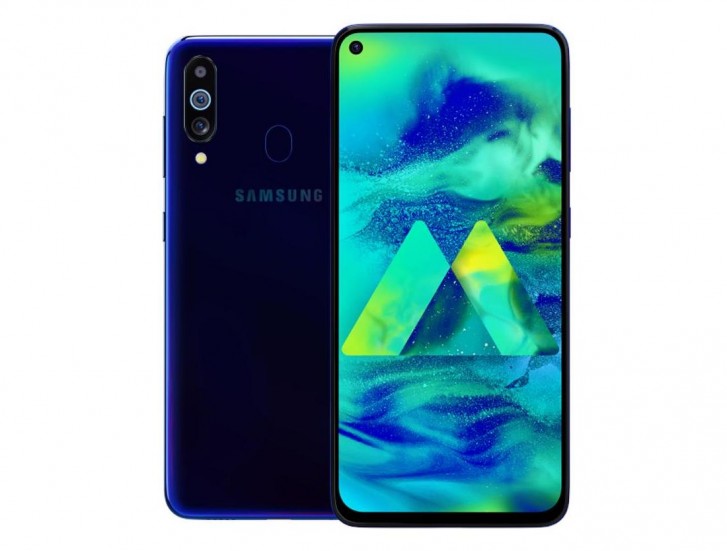 The phone is expected to sport the Snapdragon 675 SoC, paired with 6GB of RAM and 128GB of storage. It will run Android 9 Pie. On the back we can see a triple camera setup, an LED flash, and a fingerprint sensor. The main shooter will have 32 MP resolution, while the selfie snapper is a 16 MP unit. These details come from Asim Warsi, Samsung India's SVP for the smartphone business.

Samsung want come better than other's have to change some futures examples ir sensors and apps lock hide the files like that then only u can beat others.....

Samsung, is bringing notch-less phones in the Market. They should more focus on AMOLED Phones in the budget range.