The Samsung Galaxy M40 will launch in India on June 11 at 6PM local time. The company has partnered with Amazon to release the phone, which will become the new leader of the affordable M-series.

It will be the first phone in the family with an Infinity O screen – meaning a punch hole selfie camera – as the M10, M20 and M30 all have notches. The back shows a triple camera similar to what’s on the Galaxy M30. 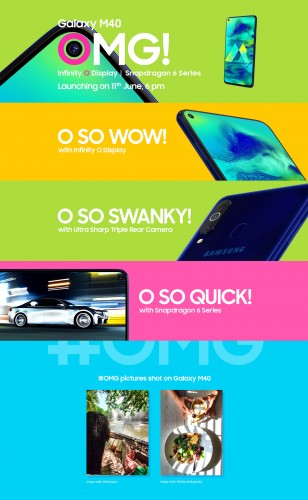 Samsung’s Galaxy M-series has found success in India, becoming the best-selling phones on Amazon.in in the February-March period.

Because it is M series. It is supposed to be using cheap material. You will almost never see glass in midrangers.