Samsung is about to announce a new smartphone, called Galaxy M53. It will arrive on March 27 in Vietnam, but its specs, features and renders already leaked online, as well as another Geekbench listing of the SM-M536B variant.

The phone will arrive with a Dimensity 900 chipset, four cameras and 25W fast charging for the 5,000 mAh battery, but without the adapter in the retail box. 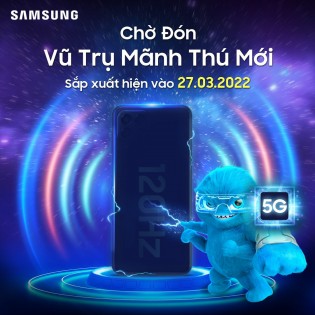 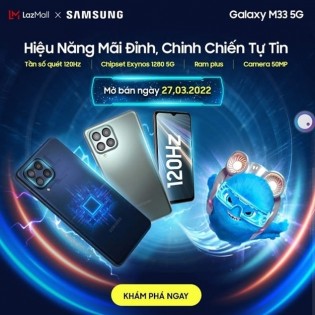 The rest of the specs, look pretty solid - a 6.7” Super AMOLED screen with 120Hz refresh rate and a 32MP camera on the waterdrop notch.

The main camera is getting an upgrade and to a 108MP sensor. The phone will also pack an 8MP ultrawide shooter, and two 2 MP shooters - one for macro shots, the other for depth data.

We also expect to see the Galaxy M33 5G at the event in Vietnam. There already is an LTE-only M33, so we’re curious what chipset Samsung decided to use and whether there will be any other changes between the two phones.

Man one more thing. Please tell me which human ever go as deep as 200m without anything. Nobody the pressure in 4 meters deep is big enough for headache. Pressure in 50 meters or more would blow your head. Not even the most trained proffe...

Maybe because it's rated for 1.5 meters and not 200 meters like diving watches. How deep did she go in that expedition? I am not claiming that ip67/68 rated phones will handle seawater.