The Samsung Galaxy Note10 arriving next month on 7th has passed through Geekbench. It sports model number SM-970F and is powered by an Exynos 9825 SoC mated to 8GB RAM. 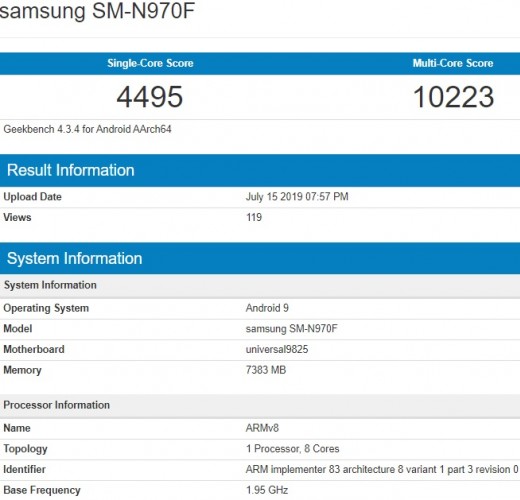 This isn't the first time the Note10 has paid a visit to Geekbench, though. Last month, it was spotted on the benchmark database bearing model number SM-N976B with the same chipset and RAM amount.

However, SM-970F has scored better than SM-N976B in the Geekbench tests, suggesting that software development has made a lot of progress since.

There's also a Snapdragon 855-powered variant of the Note10, carrying model number SM-N976V with 12GB RAM, which scored less than the SM-N970F in Geekbench's single-core test but got higher points in the multi-core test. 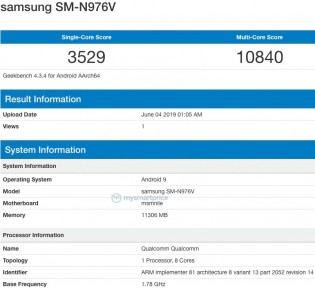 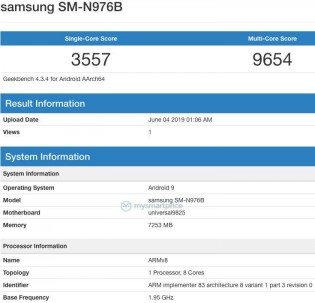 Samsung will launch three phones under the Note series this year- Note10, Note10+, and a 5G version. The Note10 and Note10+ have similar designs, but the Plus variant has a larger screen, a ToF unit at the back and probably a bigger battery as well. 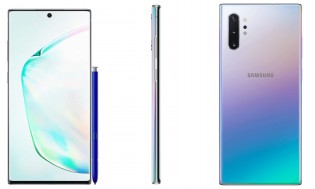 Well Nubia red magic 3 would be my favorite or a rog phone 2 with SD855+. All depends on your budget. Or you can wait for mate 30 X.

Well maybe but jack is thick and present phones are thinner and thinner. Another thing as you charge your phone you charge your earphones as well so charging isnt the problem only for lazy people which finds a drag to put another device on a charg...

Not everything considered as futuristic succeed .price is important factor. There are two big problems with bluetooth headphones . They are pricey and we need to charge it . For a given price you could definitely get a better quality headphone wi...