This move makes sense as it follows the usual nomenclature of the Galaxy S10 series - regular and plus. And while we're discussing series, the upcoming Note series is expected to feature three devices - a 6.4-inch Galaxy Note10, a 6.7-inch Galaxy Note10+ and a 5G variant of the latter.

Below are three blurry images of the Galaxy Note10+ in the wild. They aren't of the best quality but they do serve the purpose of giving us the proper name of the device, to show the centered (single) selfie camera cutout in the display and to show the vertical triple camera setup on the rear. 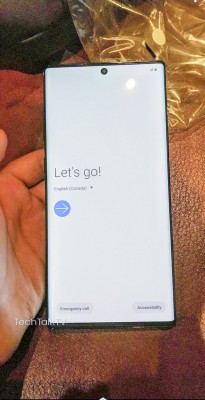 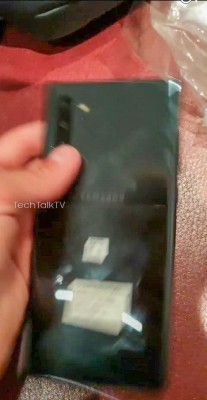 Samsung will unfold the Galaxy Note10 series on August 7 and we expect future leaks to shed all question marks by then.

Here is the first look at the Samsung Galaxy Note 10+ It'll be called the Galaxy Note 10+ and not the Note 10 Pro as previous rumors have suggested. https://t.co/YBqM4qZ6i3 pic.twitter.com/WwEClducEk

Samsung Galaxy Note10 will have a Sound on Display technology

The only think that I realize about Samsung now is that, they only support their devices for only 2 years. compare to the bigest Samsung competitor, they give an update even for an old devices.. so I have to think twice now for buying a new samsung...

u do know there are 2 different sizes coming right ??. if it's too big still then don't buy it man ... who is forcing u .... lol ... anyone wanting to upgrade from s10e would be for either display or s-pen. everything else remains same between 2 pho...

About the only comment I would make is it is too big. I never have like anything at or above the 18:9 ratio. Now a Note just a bit bigger than the S10E I have now would be perfect. Needs at least a 4,000mah battery. No need for monster high...