South Korean users of the Samsung Galaxy Note10 and Note10+ can now enroll for the One UI 4 beta. The Samsung Members app is the one-stop shop to sign up for early access to the new Android 12-based update. Once enrolled users will be allowed to download the update as from the software update sub-menu in the settings app. 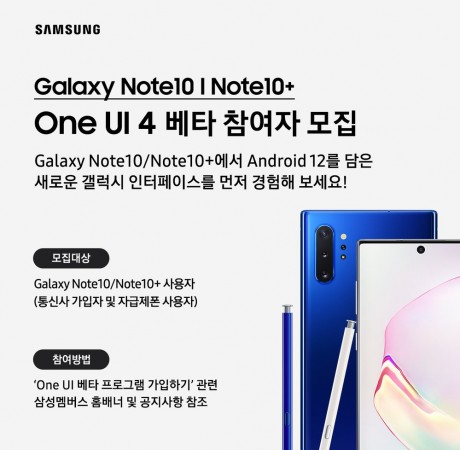 Samsung One UI 4 banner in Members app (image: via @FrontTron)

We still don’t have official confirmation of which features made it to the 2019 Galaxy Notes but we expect most of them to be around as the phones run capable hardware even by 2021 standards. Based on Samsung’s leaked software update roadmap, the Note 10 and Note 10+ should receive their stable OneUI 4 update sometime in January.