Well, we didn't expect it this soon but we are not complaining either. Just three days after the last beta update Galaxy Note8's Android 9.0 Pie the final version has started seeding.

Users from Bulgaria and Slovakia confirm to have received the stable version of the new One UI Samsung software on top of the Android Pie. Strangely enough those regions were not allowed in the beta program. 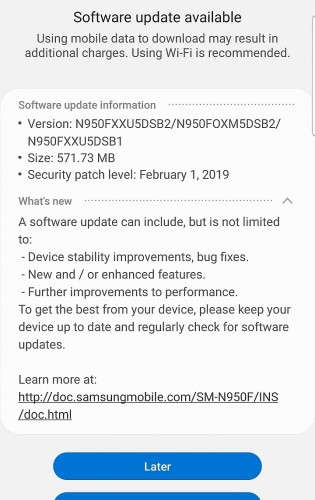 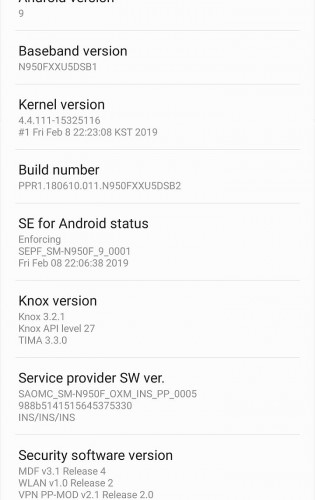 Anyway, the software version is N950FXXU5DSB2 and includes Google's February security patch. As for the other regions - their waiting must be coming to an end soon too.

Samsung confirms the February 20 launch of its foldable phone

it totally a disaster, Previous UI was better.