Last month, there were reports the Samsung Galaxy Note9 will also be available in 8GB/512GB memory configuration. And now, we have some info on the markets that will get this model.

Korea seems almost confirmed as the 512GB model was found listed on the website of KT Olleh Store (the listings have been pulled though). 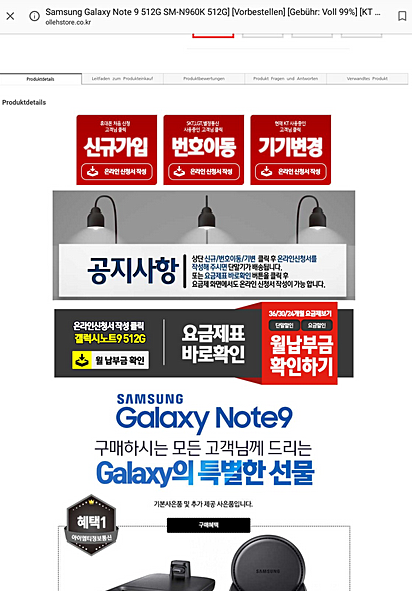 Then there are rumors that China (and possibly some other markets) will also get the 512GB storage variant, but Europe is not on the list.

Needless to say, none of this is officially confirmed at the moment. Leaks and rumors are in full swing, with recent ones revealing bigger battery, faster wireless charger, and a new brown color variant.

The smartphone is said to be officially unveiled on August 9.

Samsung's Galaxy Note9 to get a brown variant

Oh man really then i shouldnt buy any phone because everything is chibnese even apple is chinese. 40% of total phone production in world is made by one company by FOXCONN and FOXCONN are or is CHINESE company. You have like to say no choice.

Haha, I know that feel. While you're still in luck, I'm currently stuck in 8GB phone...