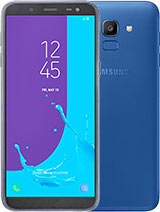 The screen is difficult to get and very expensive. Good phone no doubt.

Am I right? That phone is 700$ though... Sure they did add some features like hardware kill switches and the made there whole own os, but still, I hope it is based on this phone, because this phone has an oled screen.

Glance feature makes me immersed and forget that the phone is on lock mode still. Thank you Samsung!

Very good Visuals on my lockscreen and awesome articles.....

Don't know which glass Samsung used for the front of on6.. its much smoother and slippery than my a5 2017 which has gorilla glass 4..

Why is Vibration Off option not available in Samsung On6 Mobile

jaluu, 31 Dec 2018 i want to buy this one ... i am not satisfied yetNot satisfied this prodect
Hung
Keypad not smoothly
Suddenly not back

Gared, 29 Dec 2018Anyone pls advise if this unit can be used in Manila. Thanks.No, the Galaxy On6 is only in India. There is another Samsung phone like this phone for other countries https://www.gsmarena.com/samsung_galaxy_j6-9203.php