Amazon India teased a new Galaxy On device in December. Today the phone debuted with the name Samsung Galaxy On7 Prime and will be exclusive to the online retailer. The phone is also available in the UAE via its affiliate retailer Souq. 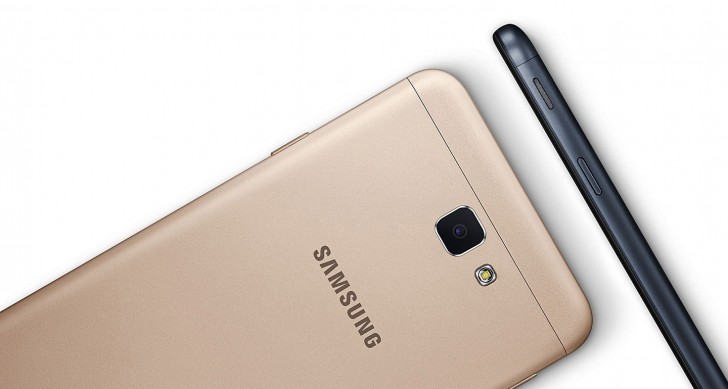 The Galaxy On7 Prime has an Exynos 7870 chipset with octa-core CPU. RAM is 3 GB, while the storage is 32 GB, of which 24.6 GB available to the user. There is also a microSD dedicated slot for up to 256 GB that also has room for two nano SIM cards.

The main camera is 13 MP with f/1.9 aperture, while the front camera is 8 MP with similarly bright lens. Both snappers can shoot Full HD video at 30 fps.

The OS is, sadly, Android 6.0.1 Marshmallow, but an upgrade to Android 7.0 Nougat is expected. The button on the front is also a fingerprint scanner which will allow for more secure payments with Samsung Pay Mini in India.

The battery is sealed under the full metal unibody and has 3,300 mAh capacity, but is charged through a micro USB port.

The phone, also known in some markets as the Galaxy J7 Prime, comes in either Gold or Black color. It is already available in the UAE for AED729 ($198/€166), while the exact Indian launch date will be confirmed later on.

I disagree with "nobody bought them". The Galaxy J7 Prime was one of the most sought after and purchased devices from Samsung in Brazil, for example.