Samsung has released a new software update for the Galaxy S10, S10+, and S10e which bumps up the Android security patch level on these smartphones to August 1, 2019.

This new update sports version number G97*FXXS3ASH1 and requires a small download of around 100MB. However, apart from the latest security patch, the changelog doesn't mention anything, so it's unlikely to bring new features to the Galaxy S10 trio. 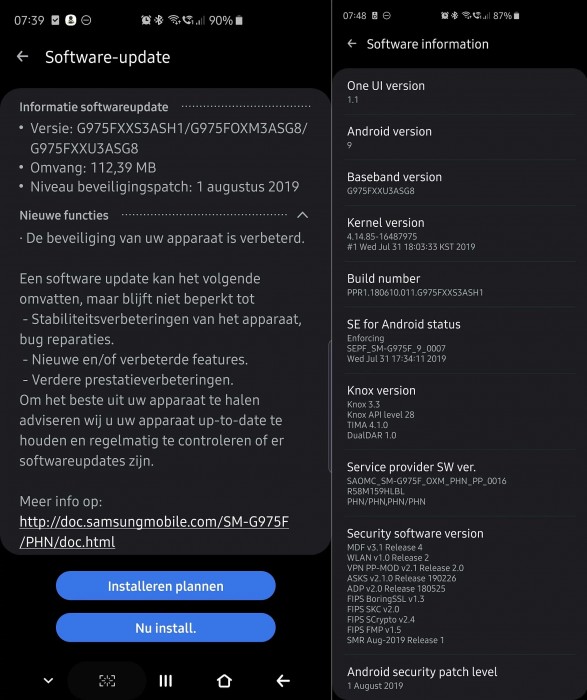 If you haven't received an update prompt on your S10, S10+ or S10e yet, you can check for the update manually by heading to the Settings > Software update menu of your device.

The July Security update with Dedicated Night Mode was already released by Samsung for US Unlocked S10's two weeks ago. You may have to manually check again

I'm still waiting for this update to come to my S10, maybe I need to wait a bit longer since I bought this from one of the local carriers in my country.