Samsung has been pushing the Android 10-based update of its One UI 2 to Galaxy S10 and Galaxy S10+ devices all across the globe, but one member of the family was missing until now. Starting today, Samsung Galaxy S10e users will also receive the stable variant of the firmware, as per the unit in our office.

The package is 1975 MB in size and brings all the fancy One UI 2 features that the Korean manufacturer has advertised earlier this year.

The serial number of the software update is G970FXXU3BSKO/G970FOXM3BSKO/G970FXXU3BSKL and according to our observations, other non-carrier units in Europe should be getting it as well. The security patch is dated December 1, 2019, and the update log reveals all the new features.

The current trend towards more and more dark-mode features has reached the One UI 2 - now there are darkened wallpapers, widgets, and alarms while Dark Mode is one. There are also some color adjustments for day and night environments. 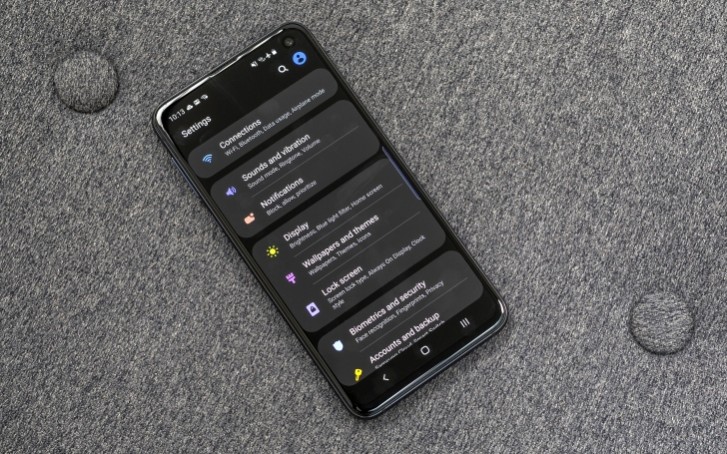 There are changes in the overall design as well - app icons are clearer, animations are smoother and layouts for titles and buttons have been optimized. One functional change that Samsung has introduced is the new navigation gestures - quick swipe from the bottom gets you to the Home Screen, long swipe with a hold brings out any opened apps. The Back button is now on the side - just swipe from the left or right edge to get one step back.

Check out the full changelog in our Source link below and let us know in the comments which feature do you think was most needed among Galaxy S10e users.

Thanks for the tip, Zoltan!

google is the most "obtrusive"

Please don't say your phone is laggy cause its the first update. Obviously there will be some bugs but after next few updates your phone will be fine.

Just Receive it in KSA.