With speculation looming that Samsung may launch its S21 series as early as January we’re naturally expecting to get more details on the upcoming flagships. Well, we got just that thanks to the latest set of renders from @onleaks which give us our first look at the Samsung Galaxy S21 and S21 Ultra. In addition, the source backs up the rumors of the January launch.

Both phones come with centered punch hole cutouts like their predecessors with the S21 sporting a flat 6.2” panel while the Ultra’s comes in between 6.7-6.9” with an even more pronounced curvature. Around the back, both phones come with a radically different design. The S21’s camera bump has grown compared to the S20 and now wraps around the frame of the device. We have three vertically stacked cameras while the flash now housed separately from the camera bump. 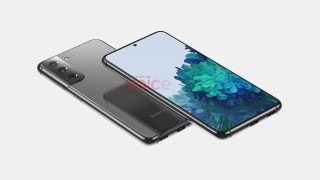 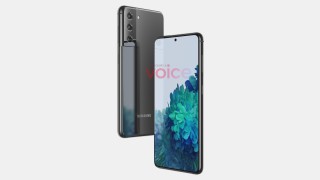 Elsewhere the design remains largely unchanged down to the button placement. We can spot dual-microphone holes on the top and the phone’s listed dimensions are 151.7 x 71.2 x 7.9mm (without the camera bump).

The S21 Ultra gets an even more substantial camera bump around its back with four lenses laid out. Like the vanilla S21, it wraps around the side of the phone with the frame extending to blend in.

The listed dimensions for the S21 Ultra come out to 165.1 x 75.6 x 8.9mm while the camera bump adds another 2mm to the overall thickness. The rumored addition of an S-Pen seems to be all but confirmed wrong.

In addition to the new renders, both the S21+ and its Ultra counterpart were spotted on China’s 3C certification database.The only useful bit of information from the listings is that both phones will come with 25W charging. 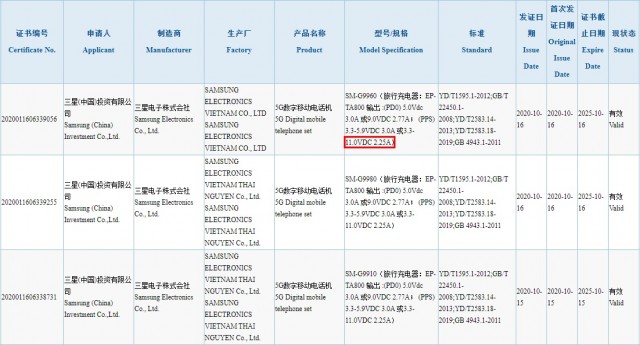 The upcoming Galaxy S models will feature an “EP-TA800” charger which was also confirmed last week when we saw the Galaxy S21 in a 3C listing with the same charger.

100% for the IR Blaster. The only reason why I never went back to Samsung.