The Galaxy S21 and S21+ use basically the same camera hardware as their predecessors in the S20 generation. This will not repeat for the S22 generation as Samsung will change its philosophy for next year’s models, according to leakster Tron.

The S20/S21 cameras featured a main 12 MP module with large pixels and a 64 MP module for zooming in. The large pixels on the main cam enabled high-quality night shots, while the high-res module offered the option of full resolution shots without zoom as well as recording 8K videos.

For the Samsung Galaxy S22 and Galaxy S22+ things will be different. They will feature a 50 MP main camera, a 12 MP telephoto module with a 3x optical zoom lens and a 12 MP ultra wide cam.

This doesn’t mean the end of large pixels, of course. Samsung has a large 1/1.12” 50 MP sensor with 1.4 µm native pixels, which grow to 2.8 µm with binning. And it can record 8K videos as well as operate in a 100 MP mode. Of course, by the time the S22 series is announced Samsung may have introduced the third generation GN sensor. 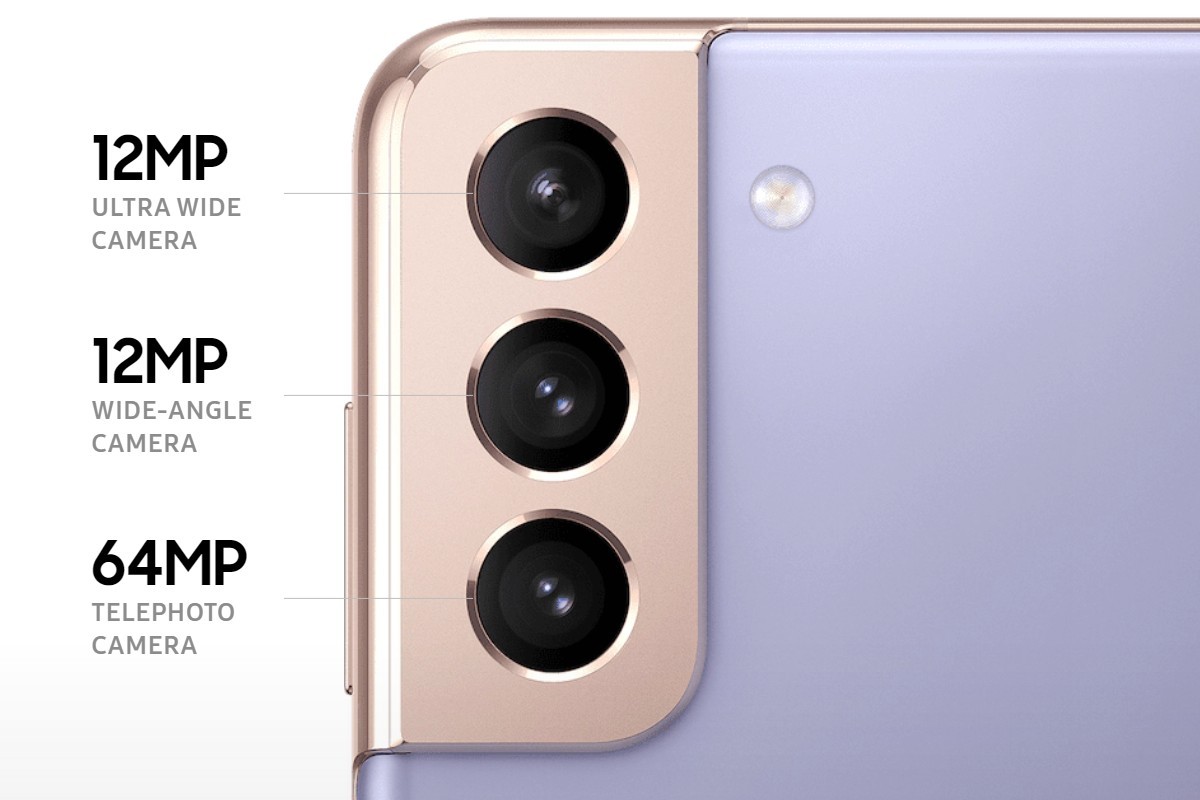 And yes, there is plenty of time until then – the Galaxy S22 is half a year away at least, so this early rumor could be inaccurate or based on preliminary plans that change as development progresses.

If this rumor does pan out, it will mean that the vanilla and Plus Galaxy S models will miss out on periscope cameras for yet another year, that is the domain of the Ultra models (S and Note alike).

Anyway, current rumors suggest that the S22 generation will not have under-display selfie cams and they won’t have 3D ToF sensors either.

A quick note on the code names for the phones, which Tron refers to as Samsung Rainbow R and G. “Rainbow” is the code name for the Galaxy S22 series and each of the three models get a letter from “RGB” – R is the vanilla model, G is the Plus and B is the Ultra.

Samsung Galaxy S22 won't be getting an under-display selfie camera

As long as they use an SD chip and not force another Exynos up our noses they should be fine.