Samsung’s Galaxy S22 Ultra is the latest device to receive the JerryRigEverything treatment with a razor blade, hardness picks, and the lighter.

After noting that the device does not come with a factory-installed screen protector, the YouTube host proceeds to perform the scratch test. Although Samsung touted the S22 Ultra’s Gorilla Glass Victus+, the device begins showing scratches at a Mohs hardness level 6 with deeper scratches at level 7.

The entire frame is made of metal and scratches as usual with a stainless-steel blade. It is noted that the buttons and end of the S Pen are also made of metal.

The S Pen doesn’t miss out on the JerryRigEverything treatment, so it’s snapped in half to be slashed apart and inspected the insides. Its construction is like previous versions of the S Pen, with a water-resistant build and a rechargeable capacitor for the S Pen’s Bluetooth features.

The razor blade doesn’t even leave a mark on the back of the S22 Ultra’s Phantom Black matte back cover. The camera lenses are made of durable glass and the protective rings around the cameras are made of what looks like an anodized metal that does retain marks from the steel blade. 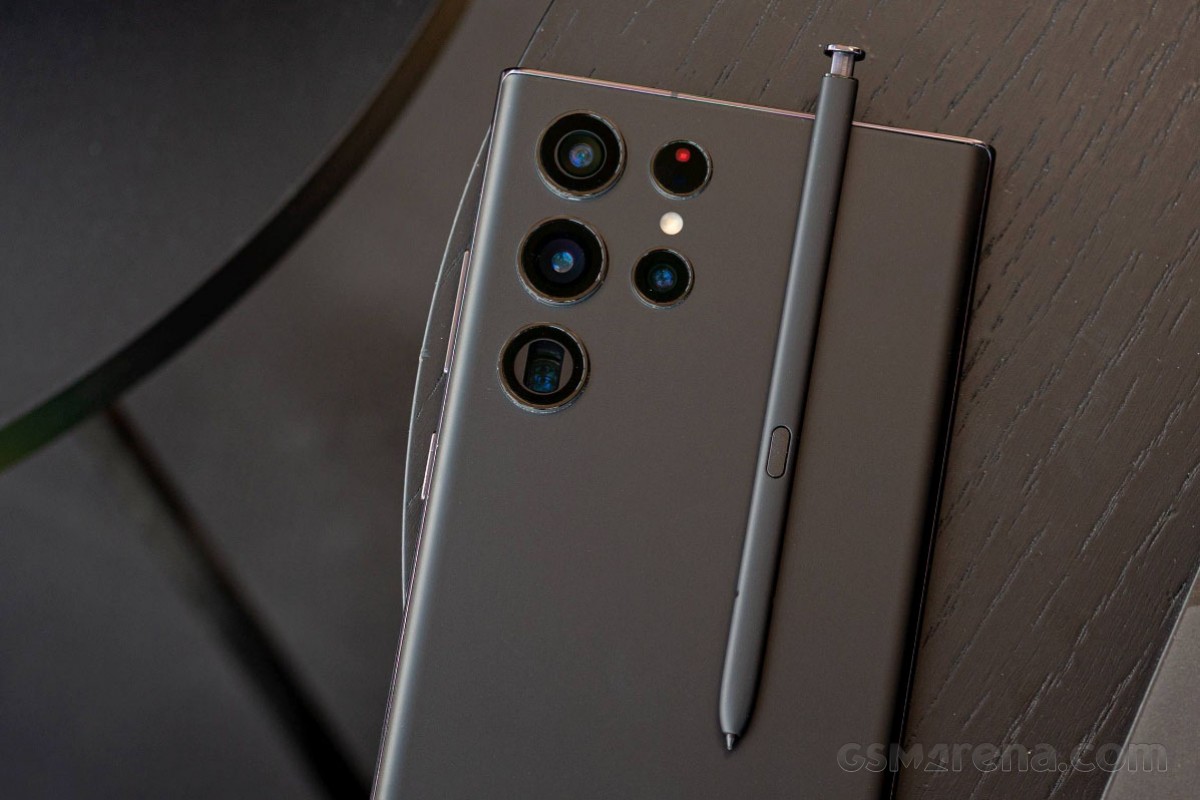 After slightly charring some of the screen’s pixels with his lighter, the YouTuber confirms that the ultrasonic fingerprint reader will still function after the detection area is scratched.

Finally, the device shows no sign of buckling or bending under hard pressure of the host’s strong hands. The Galaxy S22 Ultra survives the presenter’s durability test with great success. If you recall, the OnePlus 10 Pro underwent catastrophic structural failure during the same bend test run.

OnePlus 10 Pro snaps in half in bend test

I know 😉 Many of us call the S22U a Note 22 Ultra as it covers both S and Note lines well.

Nothing wrong with it at all, some of us are enthusiasts and enjoy this and teardowns .