Earlier today we learned Galaxy Tab S6 5G's specs and they were mostly identical to the current Galaxy Tab S6.

Now an image of the Galaxy Tab S6 5G itself has surfaced, seemingly from the same source. It shows the tablet with a Keyboard Book Cover and stylus. It seems to be running on OneUI 1.0 under Android 9. 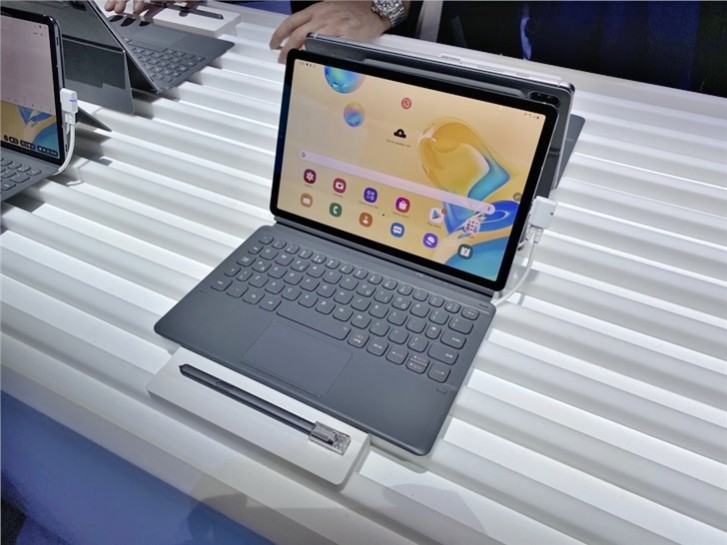 Samsung will release the Galaxy Tab S6 5G in Q1.

So now even tablets don't have headphone jacks and they claimed that they removed it from phones because phones are allegedly too small to house a "BIG HUGE" headphone jack... so now not even tablets despite how large they are they don't come with he...

What was the dealbreaker about it

I have purchased the wifi version and liked the tablet but the keyboard was the deal breaker. It was such a fail and I had to return the tablet.