Owners of the Samsung Galaxy S7 and S7 edge were quick to cheer when the OTA update to Android 8.0 Oreo was finally rolled out but shortly after, the Korean giant had to suspend it due to some technical difficulties.

The rollout began in the UK a few days ago and users started reporting unexpected reboots, although the issue affected a limited number of units. A Samsung official later explained that the company is halting the new software to investigate and resolve the issue. The same problem was registered in Canada as well. 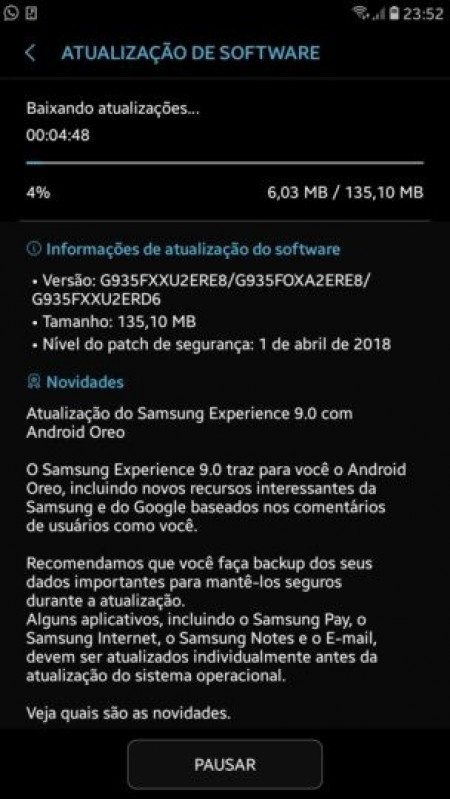 Luckily, the fix didn't take long and now the devices are again getting the much-anticipated Oreo update. The firmware versions are G930FXXU2ERE8 and G935FXXU2ERE8 for the Galaxy S7 and S7 edge, respectively.

Samsung Galaxy A6 series gets an update ahead of launch

They are still checking if update will be stable then they will roll it out eveywhere They still not sure that update is stable Get ready friends for another news regarding again roll out stop due to problem...🤣🤣🤣

now i have no hope in Samsung i think they don't fix bugs or they are careless and depend on new series to earn profit, they are not looking loyal to their customers even they know india is huge market

when india will get the oreo update for s7 edge