The Samsung Galaxy S7 is the usual state flagships are a month ahead of announcement - constantly leaked and almost entirely revealed. The case of the Galaxy S7 is a bit more interesting, because it remains unclear in what shapes and screen sizes it will be available, but that aside, we now have another confirmation on key specs.

Antutu reports that the SM-G930F has been spotted running the benchmark, and it's the vanilla 5.1-inch version with QHD display resolution (Samsung will reportedly stick to that for 2016 flagships). More importantly, the smartphone is powered by the in-house Exynos 8890 chipset, in this (historically speaking) international F version. That obviously doesn't mean there won't be a Snapdragon 820 version, on the contrary. 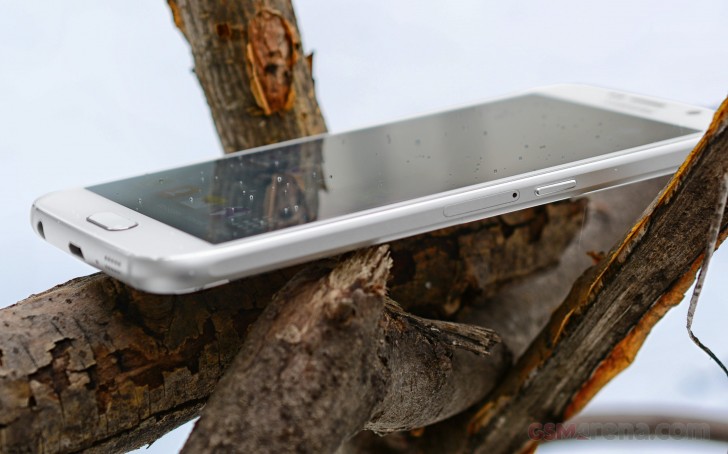 RAM is quoted at 4GB and internal storage is 64GB, but that second number seems too generous for a base model. Additionally, the benchmark states that the smartphone does indeed pack a 12MP primary camera, so the move to fewer but larger pixels is happening. On the front, Samsung is sticking with 5MP for another generation.

And we know you were hoping for a score, but alas, there isn't such a number in Antutu's Weibo post. However, with the smartphone being in a pre-production testing phase, the figures wouldn't have been indicative of final devices anyway. So let's just patiently wait it out until MWC, when the Galaxy S7 is set to become official.

His concern was pointless. But it's fact that the removable battery is the most important thing. Batteries have short lifespan, it's about 2-3 years (depending on usage). Then, the battery won't hold a charge. Another big advantage of the re...

And thats exactly why after trying 2 different S6 Edge +, from two different stores with no apps opened, they have only 1,1 gigabytes of ram. Some people cant understand when not to accept that a company has a big problem, it does and it doesnt matte...

Samsung is doing what htc did !!!!!!!!!! and why htc pushes it away ?????????? the ultra pixel camera is more more better than common camera. I hope that Samsung does it well and htc back to ultra pixel too.