Earlier this month Samsung confirmed that the Galaxy S7 and S7 edge smartphones will be directly updated to Android Nougat version 7.1. However, now it appears that there might be some markets where the devices won't skip the Android 7.0 update.

Specifically, a Vodafone Australia representative has confirmed that they are testing Android 7.0 for Galaxy S7 and S7 edge units on their network, as that's the update that will be rolled out to the devices in the country. 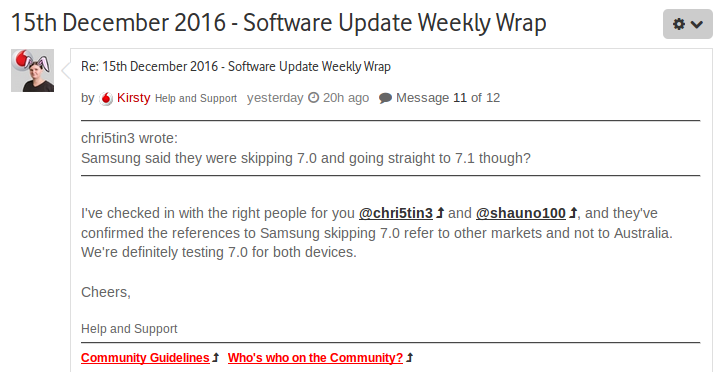 Of course, information coming from company representatives isn't always correct - we've seen internal miscommunication many times in the past. So, we'll have to wait for some sort of official confirmation (either from Samsung or Vodafone Australia) to conclude that the S7 and S7 edge will be getting different updates in different markets.

And here in Denmark we haven't even received the December security update on our Samsung galaxy s7 yet.