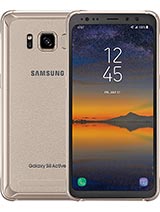 I totally agree with you. They should have continued with the s active series. They came up with this xcover line. BUT ... I've owned a Galaxy xcover pro, and the phone is a beauty rugged and elegant with a giant removable battery. The downside of it is the processor. It runs on an exynos not a snapdragon. Therefore it's not that of a great phone. . Either the S active should make its return. . Or put at least a snapdragon 835 on the xcover series phones.

Bing, 13 Feb 2022My S6 Active is dying, most likely the battery. Bout $100 f... moreI thought the S6 active was the best active made, I had it, then the S7 active, then the S8 active, still think the 6 was the best. I used the 8 active for about 6 months on ATT, then my contract was up, and phone wasn't paid off, so I couldn't use it anymore. I have been looking for a phone as tough as the active line for 2-3 years, never found one, so I just bought a S8 active on eBay, will be here in 2 days. I can't wait, I love all of the active phones, I break every other phone I get except the active. Why don't they bring out a new active line. I'm sure people would buy them. Just my opinion.

Bing, 13 Feb 2022My S6 Active is dying, most likely the battery. Bout $100 f... moreChecking in with you to see what you've found. I see the refurbished S8s on Amazon. I have an S7Active and have no clue what I want to replace it with. Any recommendations at this point?

Bing, 13 Feb 2022My S6 Active is dying, most likely the battery. Bout $100 f... morei've been using an s8 active for about 2 years now. it's been good overall (imo phones have gotten worse in some ways since the galaxy s1... relying on other downloaded apps to make them function better... keyboard -swipe-autopredict in particular). it's still a solid performer.

you can get used or new still on ebay, if you're in the US, perhaps craigslist. on ebay i tend to stick to sellers that use actual photos of the exact phone for sale, rather than "representative" photos, i want to see exactly what i'm sending money for.

I really wish there was a newer, updated option for the "active" line of phones, but the "xcover" in all forms is lackluster compared to the baseline model. slower, watered down version, in a tougher shell.

I have used my trusty S8 Active since August of 2017. While it is still plenty fast enough for my needs the battery has finally degraded to a point where it isn't quite useable any more. Well done. Thank you Samsung.

Looking forward to the S22 Ultra I just preordered. :D

Klutz, 02 Feb 2022Roger that. Watches and phones have a tenuous life in my ac... moreMy S6 Active is dying, most likely the battery. Bout $100 for a new battery, installed (Gotta go in by taking the screen off: I'm not gonna buy the battery kit and kill the phone by trying to install it myself.)
There is NOTHING on the market at less than $8-900 that I feel good about buying as a replacement. (Hell, I'd spend $900 if I saw something as good as my S6 out there.)
Currently shopping for a professionally refurbed S8 Active.

JaheadNZ, 28 Apr 2021I was looking for a rugged phone, something that would han... moreRoger that. Watches and phones have a tenuous life in my active hands. My S8 survives all the abuse I dish out and has lasted 5 years. I dread it dying and having to get an "upgrade" which won't be. Still have a couple if useless (expensive) phones that did not make the cut in my closet.

Anonymous, 18 Apr 2021I had this phone and the S7 Active before it. Both phones o... moreThey exsploded huh? Some of you just really have some bad luck or you making it up. I’ve had no issues with any galaxy phones all the way back to an s4. Dam you guys caring a time bomb.

Going strong in 2022! Dropped it from 4 feet up and finally cracked the screen. But it's a hairline fracture. Can't see the crack unless screen is off and at an angle.

GAMIRSFM, 22 Mar 2021It does not have a built-in radioFM app.Eh-yes!
It does support (offline-) FM radio; just download the NEXTRADIO-apk from somewhere, install it and you're good to go.
I did this myself.

Other than the occasional frame stutter, 4 years later this phone is still going strong. Shame that it stopped at Android P.

Slippery like a bar of soap, why did they put rubber bumpers only on top and button and not on the sides ?
Otherwise excellent phone with good screen, camera and GPS reception - it locates me 1 meter from the window.

YUKI93, 09 Jun 2021I do hope that we can see the Galaxy Active lineup making a... moreExactly. I'm still enjoying my S8 Active and I use lot of features it has - barometer, iris scanner for unlocking and ANT+ support for connecting heart rate meter when running. It's a perfect phone and sadly no other company does this type of phone. I'm just wondering why? Having a flagship with rugged body for outdoor activities is something that many people will enjoy.

I do hope that we can see the Galaxy Active lineup making a comeback. Sure that there is the XCover lineup, but the Galaxy Active still has the same flagship specs and performance as the standard premium models with the added rugged dependability. If we can have a new Galaxy Active based on the S20 FE, that would be great.

Anonymous, 18 Apr 2021I had this phone and the S7 Active before it. Both phones o... moreI have an S8 Active and after owning it for about 1.5 years it crashes when it gets too warm. It works fine unless the phone gets over (about) 85 degrees then it just crashes. I need to put in it the refrigerator to cool it down so it will reboot

Anonymous, 18 Apr 2021I had this phone and the S7 Active before it. Both phones o... moreBull. You are just pushing iPhones. I have had an S8 Active for over 3 years and even exposing it to direct sunlight, nothing of the sort has happened.

I was looking for a rugged phone, something that would handle my carelessness and abuse especially at work so I brought the s8 active to try out as my previous phone's would last between 5 days to 6 months max..
I've had phone just over 12 months now and I must have dropped it 100 times already in all different terrains and locations especially on the farm. Just last week I was counting bales of hay whilst it was in my hand with a couple other small items, I then turned and jumped into the tractor and away I went to feed some cattle down the track.. I realized my phone wasn't with me an hour later and wondered where the hell I could have dropped it so I back tracked everywhere I had been until I ended up back in the hay bale paddock were I thought I must have dropped it.... and yeap sure enough there it was face down next to a hay bale, long story short lol I had actually run it over with the tractor (maybe 3.5 -4 tons ..! Thinking it was bugged as I go to pick it up and wouldn't you know the phone was good as gold, apart from adding a couple more cracks to the screen as expected it still in fine working order!! A decent tough phone for the working agriculture industry.

I had this phone and the S7 Active before it. Both phones overheated and exploded. I now have an iPhone 11