These days we're witnessing the proverbial calm before the storm in the mobile world, with the storm in this case being the iPhone 8 that Apple will unveil at its event on September 12. The tenth anniversary iPhone has the potential to once again shake up the space, despite its rumored hefty price tag.

And Samsung knows this. As it should, being Apple's No.1 competitor in high-end smartphones (in terms of sales). Now a new report from the company's home of South Korea claims the iPhone 8 is actually influencing Samsung's development schedule for the Galaxy S9.

The S8 duo was announced in late March, going on sale around three weeks later. But if you expect similar dates to be valid for the S9 next year, you'd apparently be wrong. Instead, Samsung may unveil the S9 as soon as late January, with global sales starting in mid-February. 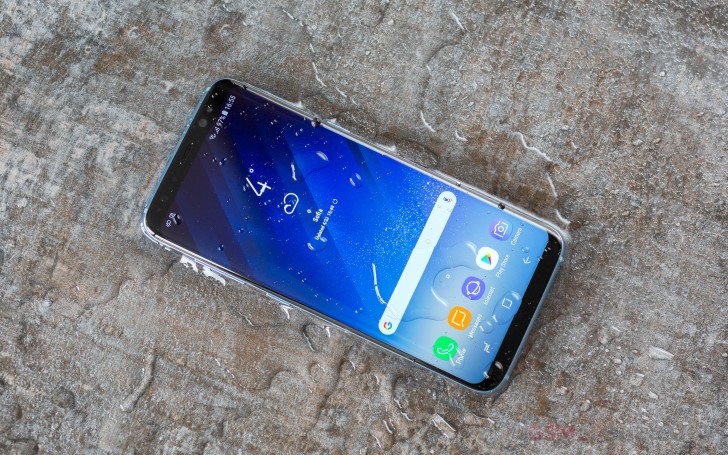 If this pans out, it means the S9 would be on the market more than two months earlier than its predecessor. The reason for this has to do with Samsung creating a strategy to defend its flagship line's sales against the iPhone 8, which is sure to suck all the air out of the mobile world in late 2017 and early 2018.

The speculation regarding Samsung's schedule for launching the S9 is based on the fact that Samsung Display will start to ship OLED panels for the phone in November. That's two months earlier than when the same thing happened for the S8, back in January of this year. Display panels are usually shipped before other parts such as camera modules and cases apparently. After the panel shipments, it takes about two to three months for the handset's entire assembly to take place.

The S9 should retain the elongated screen form factor of its predecessor, but sport Qualcomm's next-gen high-end chipset (for some markets), which may be called Snapdragon 845. It could also adopt a dual rear camera setup similar to the one employed by the Galaxy Note8 (as well as the iPhone 8).

Hope it would be smaller s8 and s7 edge are gigantic

Gotta feel sorry for you you're so lost.

They said copy and paste of Note camera. Which sounds likely. Which sadly doesn't actually mean better camera. Maybe brighter lens if we are lucky. And ram the S8 should have had and Note already does. And they might keep the same 8mp front that the ...