Some lucky fellas have been enjoying the official Android 4.0 Ice Cream Sandwich update on their Galaxy S II units since this morning, but those based in the UK will have to wait another week.

Poland, Hungary, Sweden and Korea are the markets in the first wave of the update roll-out, with UK (among others) to follow shortly. The exact quote that Pocket-lint.com managed to get from Samsung is that the update will start seeding in Britain in the week commencing March 19, which is exactly 6 days from now. 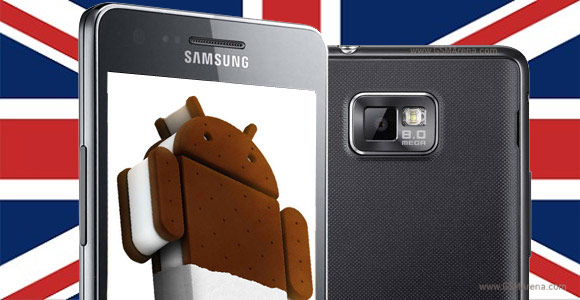 And with the Galaxy S II update already rolling out, the Samsung R&D center is already shifting its attention towards the Galaxy Note, Galaxy S II LTE and the Galaxy Tab 8.9 and 10.1 duo. Those should be the next devices in the company's lineup to get official Android 4.0 Ice Cream Sandwich updates.

Finally, Samsung confirmed that it will be delivering Android 2.3 Gingerbread Value Pack updates for the original Galaxy S, the Galaxy Tab 7", the Galaxy S Plus, the Galaxy W and the Galaxy from the end of March. The update will be bringing Face Unlock and other ICS features to the smart devices that won't be getting to taste Android ICS officially.

This is a joke. how can the branded phones such as 3... Orange etc get the update before the GSM handsets??. This update is taking longgggggggggggggggg. Iv paid 500 quid for this phone out right . i atleast expect some updates lol

sgs2 owners wont get the update untill samsung launches the sgs3!. this forum hype is useless