Samsung has been steadily setting the bar ever higher with each flagship released, and the massive success of the Samsung Galaxy S III and its predecessor, the S II, have catapulted it to the top of the smartphone food chain. And, as is expected in the aftermath of such success, the Koreans are looking to capitalize on the name put up by their top models. Enter the Samsung Galaxy S II Plus. 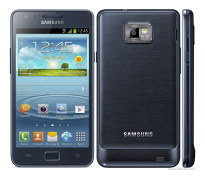 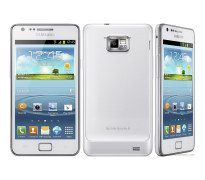 A quick glance at the spec sheet may leave you scratching your head, especially if you're looking at the original S II and the sequel side-by-side. The Plus version got the same dimensions, display, camera, RAM and battery, and the processor is still a 1.2 GHz dual-core. It even has less internal storage than the original. So how, if at all, is it better? Before we get into what sets the S II Plus apart, let's take a quick look at the pros and cons:

The spec sheet is a far cry from what we've been treated to lately - there're no 1080p displays or quad-core CPUs here. Seeing almost no effort to build on the last generations' flagship, it becomes clear that the idea behind the Galaxy S II Plus is not to impress you with hardware, but instead the software that runs on it.

Samsung has arguably been able to implement the most feature-rich iteration of Jelly Bean so far, and with the official Jelly Bean release for the original Galaxy S II still available in very few markets, the Galaxy S II Plus aims to give you what's probably the most compelling smartphone experience in the midrange.

All that being said, not everything under the hood is the same. The new Broadcom chip inside will undoubtedly put up some different benchmark figures, and may even help lower production costs so Samsung might even deliver the Galaxy S II Plus at a lower cost than the original.

On the following page, we'll begin with our usual hardware tour of the Galaxy S II Plus, including the new finish.

What isthe problem in battery dimm?

S2+ phone hangs a lot. I have to restart my phone many times a day.Don't buy this phone