Samsung Galaxy Star 2 Plus gets official in India

A few weeks ago a new Samsung smartphone went on sale in India without even a press release mentioning it. That's the Galaxy Ace NXT, and despite Indian retailers having it in stock for a while, only now has it been listed by Samsung on its official online store for the subcontinent.

And it's been joined by yet another new device, the SM-G350E. This one is being called Samsung Galaxy Star 2 Plus, and it does come with a noticeable spec bump compared to the Star 2 sans Plus branding. 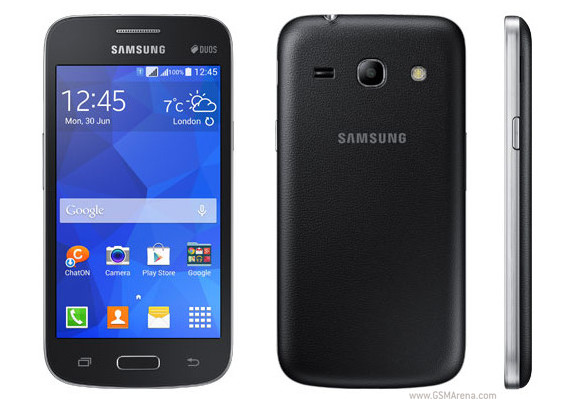 The Star 2 Plus isn't actually available for purchase yet, but the listing has given us the official images you can see above as well as its full spec list.

The phone comes with a 4.3-inch 480x800 touchscreen, a 3 MP rear camera with LED flash, and no sign of a front-facing snapper unfortunately.

Running the show is an unnamed 1.2 GHz processor (which is probably single-core, by the way). This is helped by just 512MB of RAM, and 4GB of built-in storage space that's expandable via microSD cards.

The handset is being priced by Samsung at INR 7,335, which currently amounts to approximately $121 or €90. It should be out soon.

Compared to the Galaxy Star 2, the Plus model comes with a bigger and higher-res screen, a processor that's clocked 20% higher, a higher-res camera, and a bigger battery.

What a phone: less price and so attractive look I love it

motorola (MOTE E) given the 1GB RAM on less price