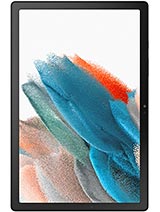 Anonymous, 15 Dec 2021There is no fingerprint sensnor!! I got fooled by it too.

Stimmy, 16 May 2022Samsung only updates tablets quarterly rather than monthly ... moreBecause of the comment above me. I am urged to complain at the store. I have been waiting for the android 12 update.

This is my first pad and a I mainly bought it to play Clash Of Clans since my phone is a cheap apple se with a tiny screen. My eye sight is not 20 20 like in my younger days so this was the best tablet I could find for the money that had 4 gig of ram and 128qgig of storage. Those were my minimums. Seems like a good tablet to me and and its plenty fast with the graphics. Never runs slow and has 2 quick updates to the OS right after you set it up. I would say 4 out 5 stars It really has 4 speaker Dolby Atmos sound. Great for gamers.,

Starwomen6, 14 May 2022Hi everyone I purchased this tablet just a month ago, and ... moreSamsung only updates tablets quarterly rather than monthly like their phones. And since the A8 is a low tier device it's usually one of the last to get the updates pushed as they always start with the flagships and gradually go down the line.

Starwomen6, 14 May 2022Hi everyone I purchased this tablet just a month ago, and ... moreIt's not a flagship device....you will get your updates but itvwill take some time.

Hi everyone I purchased this tablet just a month ago, and questioning why I did, I wanted something that was going to be upgradeable, my last security update for the tablet after purchase January and then February even though I have tried many times it won't update any further, we are in May
Until recently I hadn't noticed any issue, but the screen seems to a bit glitchy on the edges
Does anyone know if there will be further updates, considering it only came out in January you would think there would be

Tab S6 Lite 2022 coming soon. Will be more expensive, but at least better than A8 which is really the bottom of the barrel.

Samsung can save this tablet only by releasing Android 12 update as early as possible.

I wish samsung added 5g to this thing, my signal in this place is crap and my mum has tasked me to screen record videos. Im really just dissapointed, and im jealous of people who has the tab s8 with stylus and great connectivity.

Does it have OTG support?

At the moment in my country nothing from Samsung between the cheap crappy Tab A8, and the super expensive great S8...I know there is a shortage of chips, but Samsung should really launch a midrange tablet soon...More and more people are buying Xiaomi or Lenovo tablets in the 450 dollars range

Yep, screen is the problem. Reds are washed out. Oranges look yellow. Greens look fluoro. Seems like the software brightness is too high, or contrast too low. I've got it low brightness, still tires my eyes. No software control over RGB or contrast. Battery short. Camera where you put fingers. Metal case is cold to touch. Screen is nice and slippery. Hope they fix it.

Jake, 13 Apr 2022I just bought, and the screen is lackluster - completely wa... morecant compare a s6 screen with an a8 screen

Kule, 22 Apr 2022I´m planning to use this as a PDF reader basically, some me... moreJust got this tablet and it will handles everything you listed without issue. I’m sending my 32gb version back for a 64 to bump up to 4gb of Ram.
I run a ton of YouTube videos, usually at 2x, which runs perfectly at 1080p, but the 1080p60 that some YouTubers are posting start to stutter at 1.75x.
Hopefully, the added ram helps with that, but if not, it’ll come in handy along with the added storage over the next few years of Android updates.

TLDR: I can recommend this tab for any and all basic tasks.

Colors are not what I would expect from a Samsung Tab. Bluish hue, lack of contarst, fade experience overall.
Red collors are never red. Maybe dark orange at the maximum contrast.

A tablet starts with the screen. And this one fails here. No matter how good the rest of it is.
I'm returning mine. Will look for an alternative.

I´m planning to use this as a PDF reader basically, some medical apps, no games (maybe from time to time) and Youtube. Maybe some MS Office works... I guess this is a good choice, not so expensive. Any comments?

I am just wondering if you can use this Tab Samsung galaxy Tab A8 to make and receive calls. I am really loving this Tab. Hmmmm. Curious.

I think I kind of like this Samsung galaxy Tab A8. It is cute and good. It kind of have all the requirements I want in a Tab.