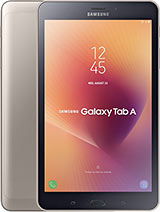 I've had mine for four years and its worke like charm. I don't play games, but I trade stocks,
subscribe to many newsoutlets and use it with making music. I love it.

The Galaxy Tab A series is a mid-range to low-end tablet line, mirroring the Galaxy A series of smartphones.

If you want S series performance, buy an S series.

Pastro, 08 May 2021After owning this tablet for 2 or 1 years I can say that th... moreyup so true iss so trash
its garbage. cant even play cod mobile on it.

Today get a small update, security patch still same december 2020, not sure what update

this tablet just stopped working all of a sudden, i tried hard resetting it and downloaded Custom OS, it said it could cause critical problems but i was willing to take the risk, so i did and now it just does not want to turn on. so moral of the story, dont download a Custom OS if you are hard resetting this

Had this tablet for 1 year. It was incredibly slow and completely died a year later. I've had iPads since then.

It does this tab have security level L1 for HD video? Please answer anyone..

There is a small update available, december patch, less that 100MB

Livius, 26 May 2018What a joke of a tablet ! Samsung is selling their old and ... morekinda compare this with mi Pad 1 and found that it is better to stick on the mi Pad 1

This tablet is honestly a disappointing device, and this is coming from a hardcore Samsung fan. The performance is very laggy and there's a lot of stuttering with having as little as 2 or 3 apps open. Storage is also underwhelming, with the Android 9 upgrade filling up the disk. Battery life also is not really how Samsung claimed it to be, with my tablet at least lasting around 6 hours on a single charge, in spite of me tending to leave the brightness below 50%. I don't recommend this tablet unless you're only going to watch occasional media, for which it isn't even that good.

After upgrading to pie, the remaining storage available is 9.1gb ,I installed important applications such as microsoft office and onedrive,facebook lite,twitter,snapseed and application provider provider,after I checked the remaining available only 6.4 gb. If samsung plans to give an update on this tablet, I want to use android go,because it saves storage and cellular data.

Very annoying, I have 16gb of storage. When I update to pie, the update takes up a lot of storage with a note that I did a factory reset and the remaining storage is 9gb, after updating the google and samsung apps, the storage becomes 5.6gb, with that much internal storage. Can't save anything, only for app data. Hopefully in the next update Samsung will get rid of bloatware and duplicate apps.

August patch is up