Last September, Samsung unveiled it’s latest ruggedized tablet. The Samsung Galaxy Tab Active3 8.0 is positioned as a work-oriented tablet with ruggedized endurance and long battery life. This 8-inch tablet comes with a tough case that can survive drops from 5 feet high and even without the case it should survive falls of 4 feet. The Tab Active 4 will also include a waterproof S Pen for productivity in the most demanding of conditions.

A waterproof S Pen for using the tablet with thick gloves

As of right now, the new tablet has officially gone on sale starting at $489 for the 64GB Wi-Fi only variant while an LTE-connected version will run $589. There’s also a 128GB version, whose Wi-Fi variant will start at $509, but it appears those might only be available for Samsung’s enterprise clients. 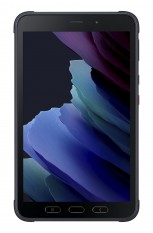 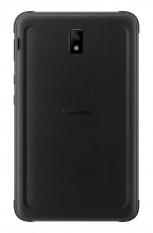 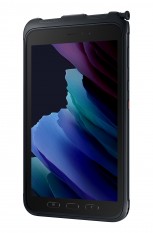 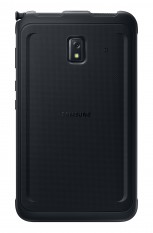 The tablet has physical navigation buttons at the bottom bezel, and the bezels themselves are quite large –typical of a device built for durability. That middle button doubles as a fingerprint scanner. There’s an 8-inch LCD screen that is designed to accept input even when wearing gloves or using the IP68-certified S Pen.

Internally, the Exynos 9810 powers the tablet and this is the same chipset that powered the Galaxy Note9. The chipset is paired with 4GB of RAM and the storage is expandable via microSD card slot. The tablet runs Android 10 and DeX mode offers a desktop-connected experience with or without the dock.

Pogo pins for charging on a dock

There’s a 13MP main camera with LED flash and a 5MP front-facing camera is useful for video calls and virtual meetings. There’s a removable 5,050 mAh battery – which makes hot-swapping easy for an instant full charge. There are also docking pins at the bottom for quickly throwing the Tab Active3 for a charge.

Kids only use Amazon Fire tablets, the end.

That is still a truly relevant feature in 2022 and beyond.

They are called Galaxy Xcover