Samsung rolled out the Android 10 update for the Galaxy Tab S4 a few days ago that brought along One UI 2.1 to the tablet with June 1, 2020 Android security patch. The update was only rolling for the LTE version (SM-T835) in Europe but now it's seeding for the Wi-Fi version (SM-T830) as well, albeit in the US and Canada only at the time of writing this.

The new update sports build number T830XXU4CTF5 and has the same changelog as the firmware for the LTE version. It comes with Dark Mode, improved layout for titles and buttons, clearer app icons, and new full-screen navigation gestures. 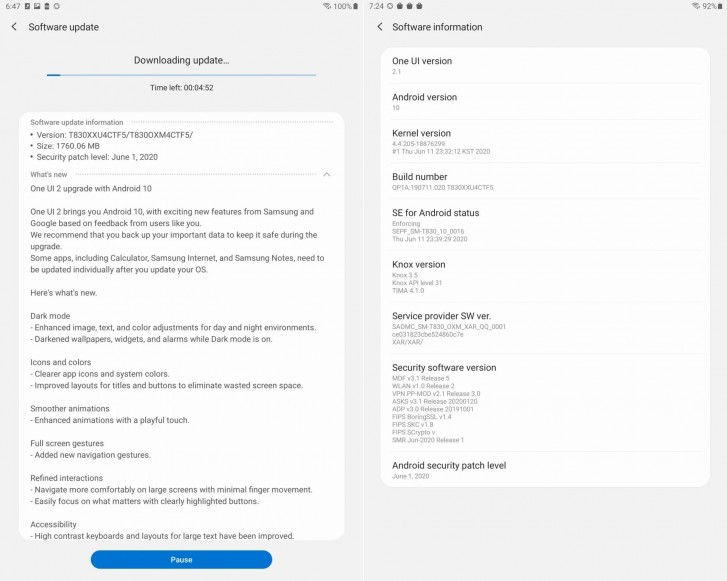 The update also brings Digital Wellbeing and includes two new features - Music Share and Quick Share. The former lets you share music using a Bluetooth device while the latter allows users to easily share files with nearby Samsung devices. You can head over to the source link at the end of this article for more details.

The update requires a 1.76GB download and it's rolling out over the air. You should get a prompt on your tablet in a few days but if you don't, you can head over to the Settings > Software Update menu on your device to check for it manually.

Still on one ui 1.0 even after checking for update.

Tab S4 is like the S9. Android 10 and OneUI 2.1 are last updates to the UI, from now only security updates. If you want to compare the S8, then the tablet would be Tab S3.