Battling over 5G "firsts" is currently on the agenda of most major manufacturers and naturally, tablets will be joining the 5G revolution as well. That's a space with far less competition and this is not the first time we are hearing about a 5G version of Samsung's flagship Tab S6. 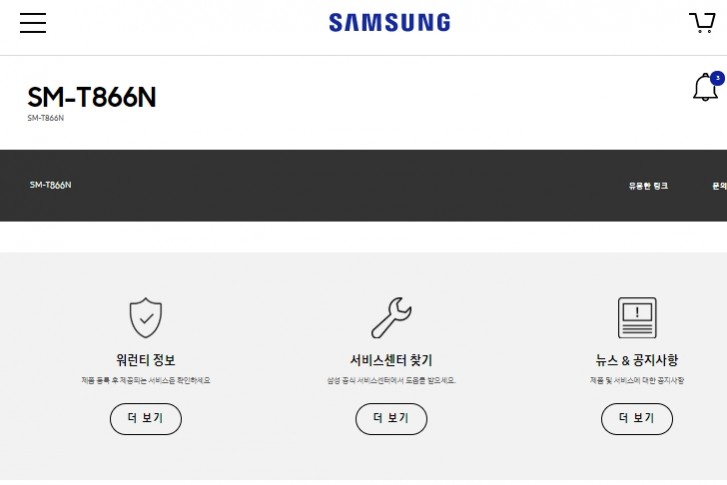 The new 5G variant now has an official support page online. It is still barren but the SM-T866N is clearly right around the corner. Naturally, we expect to see it in South Korea first, where the device already got a few certifications.

More interesting still, however, is the inclusion of the Tab S6 5G in a recent promotion, organized directly from Samsung on its home Korean market. It features three different promotional tech bundles, with the purchase of either a Galaxy Tab S5e, a Galaxy Tab A, with or without an S Pen and last, but not least, the regular Tab S6 or the Tab S6 5G.

The latter is listed as "coming soon". And seeing how the promotion is already live and will be running up until March 30, 2020, the Tab S6 5G should be released shortly.

Samsung is clearly using the exact same render for both the regular Tab S6 and the new S6 5G, hinting that the 5G variant could look identical to its regular counterpart. That means that hardware-wise we can expect the same 10.5-inch Super AMOLED panel, under display fingerprint reader, 4 speaker AKG array, 128GB stroage plus 6GB of RAM or 256GB plus 8GB of RAM and 7,040 mAh battery. It is also likely the 5G version will retain the Snapdragon 855 chipset and simply throw in a X50 5G modem.

Of course, the latter is no simple switch but the extra room inside the 10.5-inch device should, theoretically, make the job a little bit easier. Perhaps antenna placement will be a bit less tricky as well. We'll keep you up to date on developments, but if the timing pans out, the Tab S6 will officially have another "world first" to add to its HDR10+ display certification.

5G-enbabled Samsung Galaxy Tab S6 is in the works, will be world's first 5G tablet

I agree. There are a few Android tablet that comes fairly close to Tab S6, but none of them actually manage to beat it. It's really sad that Android is very poorly optimised for a large canvas and many apps still have compatibility issues with a tabl...

Imo the only good android tab. Too bad they dropped the Linux support. It would have been perfect w it (completely replace my linux laptop for one). It's the closest I've seen to the perfect android tablet. Knowing Samsung I expect her to majorl...