The flagship Samsung Galaxy Tab S7 and S7+ tablets received praise from users and media last fall. We loved the Tab S7+, too, and that's why we were thrilled about its Fan Edition. The Galaxy Tab S7 FE is supposed to cherry-pick some of the best Tab S7 features and offer them at an attractive price.

The rise of the home office days made for boosted tablet sales, and both Apple and Samsung can brag with impressive growths. People are buying tablets for various reasons - be it work, drawing, multimedia, or games. And in times like these, the flagship Galaxy Tab S7 and Tab S7+ had everything we could ask from a tablet and then some. The duo features large 120Hz displays, powerful Snapdragon 865+, large batteries, immersive four speakers, premium S-Pen support with Air Gestures, and you can even buy keyboard covers with integrated trackpads to use with the innovative DeX mode.

The DeX mode is, in fact, one of the key features of the Galaxy Tab S7 tablets - it successfully changes One UI looks and behavior to mimic a desktop-oriented OS, like Windows and macOS. Combined with the power of S-Pen, a Galaxy Tab S7 slate may even be able to replace a laptop in a pinch. And that's what the new Galaxy Tab S7 FE is all about - DeX and S-Pen. 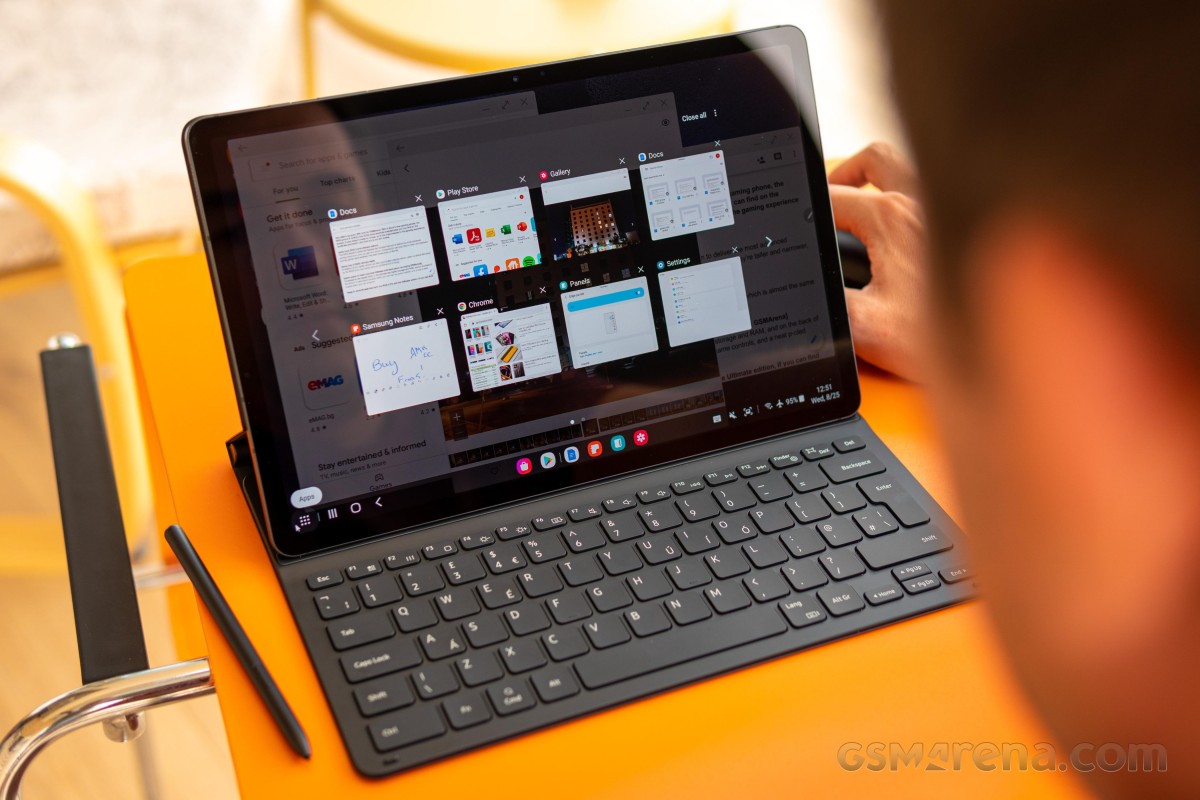 The Tab S7 FE is as large as the Tab S7+ - it has a 12.4-inch high-res screen, though this time it's a 60Hz TFT LCD panel. The aluminum unibody with flat sides is here to stay, too. You also get a bundled S-Pen stylus with low-latency writing. Finally, you can choose between a 5G or Wi-Fi-only version. Some markets have only gotten the 5G version for now, as the latest connectivity seems to be the tablet's headlining feature.

The rest of the specs fall in the mid-range category - the 5G-capable Galaxy Tab S7 FE uses a Snapdragon 750G chip, while the Wi-Fi-only model runs on the more powerful Snapdragon 778G. It has just one camera at the back, and it packs two speakers instead of four. The Tab S7 FE doesn't offer a charging bed for the S-Pen (even if its S-Pen is rechargeable!), and cannot support Air Gestures unless you buy the S-Pen Pro.

The slate comes with the latest versions of Android and OneUI. It supports the default tablet view, the DeX mode is available, and you can also use wireless DeX on a TV. There are various S-Pen-related apps, of course. Then you can use Microsoft Office suite with the original keyboard cover or any wireless keyboard, and Xbox Could Gaming seems like a nice possibility, too, if you are willing to buy a gamepad.

Obviously, the Galaxy Tab S7 FE is no flagship, and its features aren't as thoughtfully picked as the Galaxy S20 FE's. We find it hard to let go of the omission of basic features such as a fingerprint reader.

That aside, it seems the Tab S7 FE successfully captures the essence of the more premium Galaxy Tab S7 slates, and we are eager to see it in action.

The Galaxy Tab S7 FE retail bundle is the same as the Tab S7+'s. Inside the box, you'll find a 15W charger, a USB cable, and an S-Pen.

We also received the Book Cover Keyboard, pictured below, but it is not part of the default bundle. 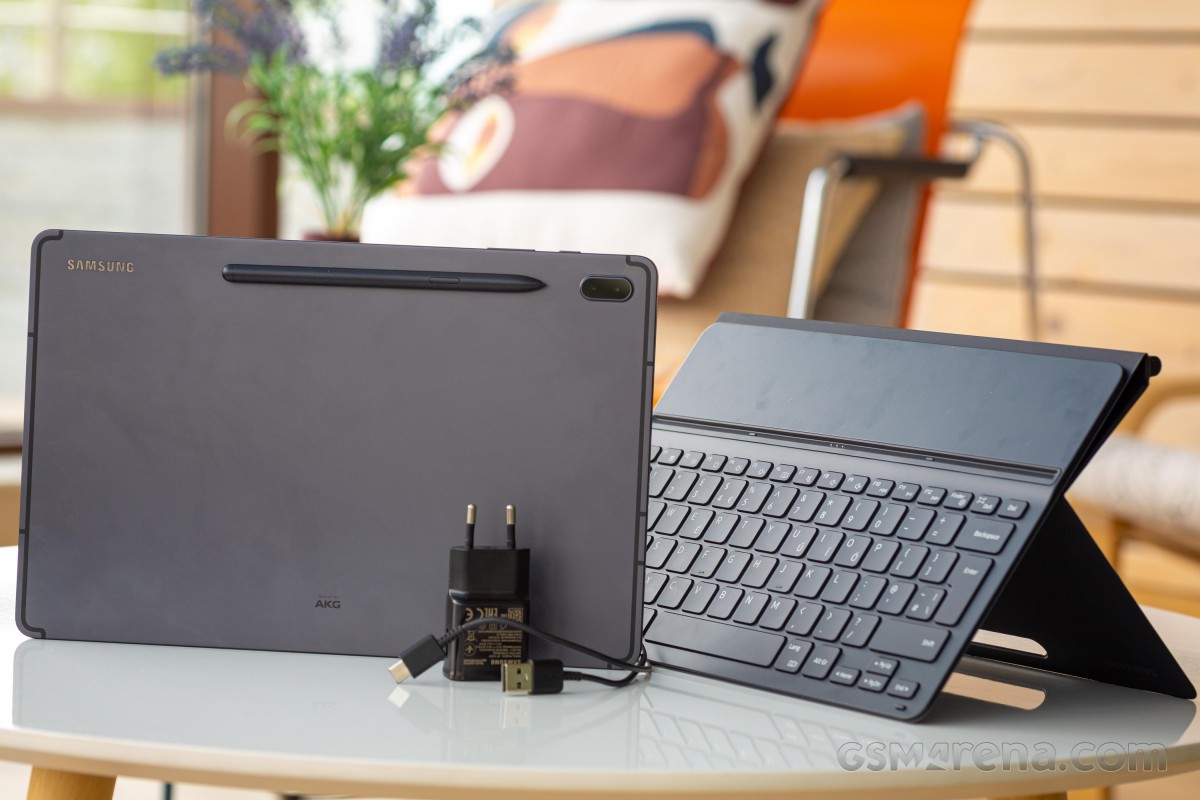 The Tab S7 FE supports fast charging up to 45W, but if you want to utilize this ability, you'll need to purchase such an adapter separately. We find this really inconvenient - the tablet has a large 10,090mAh that will take forever to recharge with the 15W power adapter. The tablet deserved at least a 25W charger.

They have 2 version S7Fe+S7 Fe LTE

2,6 gigs is enough to do most thing, if not all things possibly done with an android device

Bloatware like shit, just bought it and fck it already take 2.8GB of RAM.. with 7xxmb reserved, the only remaining RAM u have is 2.6gb LOL.. with that, this tab cannot do multi-task.. battery capacity seems like very good for work, nah fck it.. whats...