While there's an onslaught of affordable Lumias, but Samsung has been trying to counteract them with the likes of the Galaxy J1 and now the Samsung Galaxy V Plus. It's the successor to last year's Galaxy V and brings dual-SIM connectivity and Android 4.4 KitKat at $82. 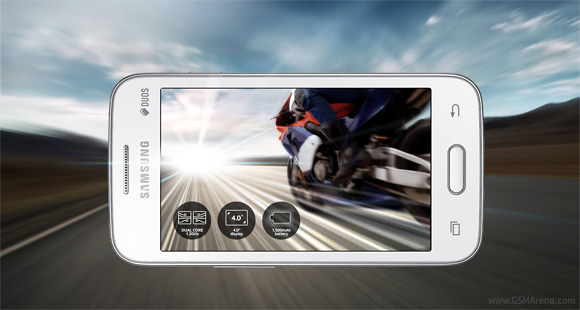 It's a budget phone and the upgrades over the non-Plus version are not immediately clear. The Galaxy V Plus has a 4" 480 x 800px screen, a dual-core 1.2GHz processor and just 512MB RAM. If you think the RAM is limiting, the available storage is just 2GB (presumably that's out of 4GB total, that's how much the non-Plus has). Thankfully, there's a microSD slot.

So far, so similar. The camera is the same too, a 3MP shooter with 480p video (the video went up to 30fps though) and a 480p selfie camera. Same connectivity too, two microSIMs, 3G data speeds and Wi-Fi b/g/n. The battery maintains its 1,500mAh capacity.

At $82 the Samsung Galaxy V Plus is targeted directly at the likes of Lumia 435. We're just not too sure what the "Plus" is for though.

There will be people buying this phone, no matter what. And by the way the Galaxy V is a single core, so there is an upgrade with the plus ;)

Samsung hope galaxy V will archive good result as Galaxy young before 3 year ago. galaxy Y become smart phone sell out the best of Samsung. With 2 Sim design it will suit India and Vietnam or China market... I think so

this device is exclusively meant for calling ... if you plan to use it for browsing, gaming... then you have a problem!