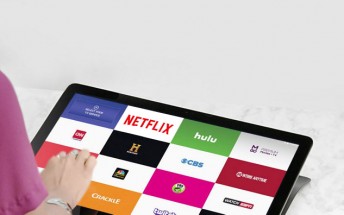 Remember the Galaxy View - Samsung’s enormous 18.4” tablet? Certifications from the Bluetooth and Wi-Fi organizations reveal that three years later there’s a sequel on the way. The original View was essentially a portable All-in-One as it weighed a hefty 2.65kg (5.84 lbs) and had a built-in kickstand. The Samsung Galaxy View 2 may be a bit smaller than its predecessor, though still huge at 17.5” with 1080p resolution (according to rumors). An S Pen is a possibility, but it’s not certain at this point. The T927A model name suggests that this unit is heading to AT&T, which matches the rumors.

Don’t expect this to be a powerhouse (the original wasn’t either), the suggested specs an Exynos chipset with 3GB of RAM. The tablet does not support DeX like the Galaxy Tab S 10.5, instead it is reported to have a limited multi-window implementation. 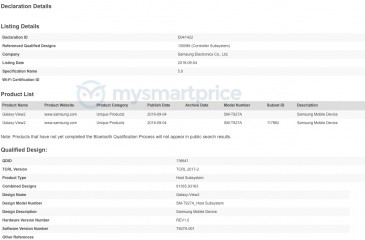 Bluetooth and Wi-Fi certifications for the Galaxy View 2 (T927A)

The Galaxy View will use USB-C for charging (the original had a laptop-style plug) and the kickstand will be replaced with a hinge for more flexibility when adjusting the viewing angle. Expect to see Samsung and AT&T unveil this some time in October.

I, too, love my Galaxy view. I was so sad when they discontinued it because I thought that would be the end of the large portable tablet. So glad they are coming out with a new version. I hope I can get it Verizon-compatible. My current one does not...

I get tied of all the reviewers acting like no one wants a big tablet like the Samsung View. I have one that I use daily and I love it. I do wish it came with oled screen and better specs and I would be willing to pay a premium price for a premium t...