Samsung already launched the Galaxy Z Fold2 in China back in September but China Telecom will get an exclusive Galaxy W21 5G version just like last year’s Galaxy W20. The phone appeared in a listing on certification agency TENAA complete with images that show out its slightly altered design. 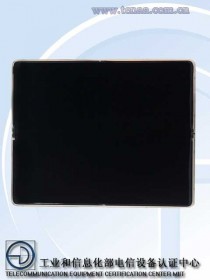 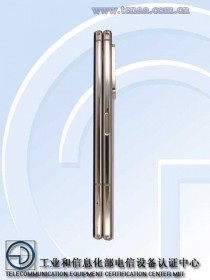 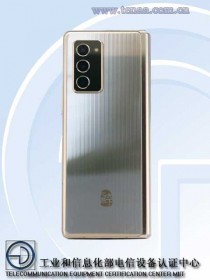 The main difference comes around the back where the Galaxy W21 features a ridged design and the China Telecom logo. It’s also got a gold color finish which hasn't graced the regular Z Fold2. Everything else including the specs will be identical to the Z Fold2.

The foldable was previously certified by China’s 3C agency which confirmed its getting 25W charging just like the regular Z Fold2. The only remaining question marks are pricing and availability.

foldables are still expensive to produce.. the price is not that far off the top tier Galaxy Note or Iphone btw..

Samsung promise every profit they made by selling W series phone will be donate to Project Hope,a project which aiming to help poor childern in China

That's a nice back design. Looks like a sophisticated card holder or watch. I like it better than the bland look on regular Fold2