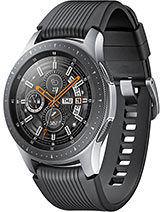 Nicky, 12 Feb 2020judging by your answer, you have no idea what I was asking. i am... moreHi Nicky now I understand. I have never heard of them until now. I was making the point that Samsung Health will track your movements and workout by way of exertion or number of steps taken. It will not provide a map or directory of where you may have gone. It will record the distance but not the destination.

Courty1969, 12 Feb 2020Phone does support maps just download Navigator. Thank you for idea, but i dont need navigator, the samsung health app has not charted my running route, and the Strava and Endomondo apps are, so I'm wondering if anyone else has a problem with it, is it a problem at all or is it normal.

scorpio, 12 Feb 2020Nicky no need to be rude. You asked a question and I answered it... morejudging by your answer, you have no idea what I was asking. i am not rude but i deny your allegation that the watch is not a GPS tracker. the watch is exceptional for sports tracking and as such is a GPS tracker. It has GPS and works perfectly. Samsung Health didn't leave me the route when I was running, and Strava and Endomondo, which you think is a watch, is a application and have routes of running on map. Is it clearer now?

Nicky, 11 Feb 2020You are so funny. Why then Strava & Endomondo track GPS with... moreNicky no need to be rude. You asked a question and I answered it. This watch does not have a map. I don't know what those other are but if they are so good then by all means get one. Also try being nice to people.

scorpio, 11 Feb 2020The watch is not a GPS tracker. Its a step counter .You are so funny. Why then Strava & Endomondo track GPS with map?! Better shut up if you dont know what to say.

Nicky, 10 Feb 2020Hey! When i runing with Watch, after training Samsung Health doe... moreThe watch is not a GPS tracker. Its a step counter .

Hey! When i runing with Watch, after training Samsung Health doesnt show map with my route, only data. Is this normal?

MihaiRo, 08 Feb 2020You're right m8.Inhad same issues as you,then I sell it.Samsung ... moreThat's quite strange and really a pity. Since I've been able to iron out all my connection issues my phone has been absolutely superb. I often leave my phone at home as all calls and messages also come through on my watch and with the latest updates just last week it has improved even further particularly in the graphics. Its greatest weakness for me is the battery as I have the smaller watch with the small battery. The only time I really do need my phone is when driving my car and I need Bluetooth connection. I really cannot fault this watch at all.

Philuk, 24 Nov 2019After having a cheap China smart watch (battery gave up after a ... moreYou're right m8.Inhad same issues as you,then I sell it.Samsung didn't fix the problems.

scorpio, 28 Dec 2019I have now had my watch - 42mm LTE version - for 3 months and h... moreUpdate - Everything now working fine. My problem was that I have an email account and a Gmail account. I wanted to access my emails but my watch was connected to my Gmail. I altered the email settings and now everything is perfect. This is truly an amazing watch. Its capabilities for such a small device are astounding.

I have now had my watch - 42mm LTE version - for 3 months and have been able to connect to receiving and sending phone calls, contacts listing etc, but am unable to receive my emails. Any suggestions? I have enabled everything on my Galaxy Wear app on my phone (s10) and cannot see why the watch will not display my emails. Other than that the watch is faultless.

I bought it for about three months and I'm very happy with it. The clock is good and beautiful. Battery and good screen quality

scorpio, 16 Dec 2019My watch actually received an update 2 days ago but it is still ... moreSorry correction to my previous post. AOD is not enabled in order to save battery life. If I enable AOD then the battery life is reduced significantly. The larger 46mm model has a larger battery and should therefore have a far better battery life. I need to charge my watch every night but I love it and would not change it. It does everything that I want it to do. Actually my only other concern is that I am nervous to test the water proofing e.g. swimming or showering.

sgw46, 13 Dec 2019Mine is 46mm. R800. Bluetooth version. There is a one ui 1.5 uod... moreMy watch actually received an update 2 days ago but it is still on the same Tizen version 4.0.0.4. I have no idea what the update was for as it was not detailed. Anyway my watch is working beautifully now. My only complaint is battery life on the 42m version where I can just squeeze up to 22 hours out of a charge. That reduces if I speak a lot on the watch and AOD is not enabled.

Anonymous, 09 Dec 2019I have the 46mm LTE Galaxy watch and it don't work as good as th... moreInteresting observations. I have the 42cm LTE Galaxy and my greatest criticism is battery life. I can normally just squeeze a day out of it - about 20-22 with all connections switched on. With a lot of talking on it that depletes and I dare not Display Always On as that also chews up battery time. I imagine the larger face watch would do far better but it was too big for my wrist. Other than that it is a great watch/telephone.