After receiving Wi-Fi certification and being spotted on Geekbench, the Samsung Galaxy Xcover 4 (SM-G390) has now appeared on the GFXBench benchmarking website. The listing confirms the details that have leaked previously andds a few more key specs. 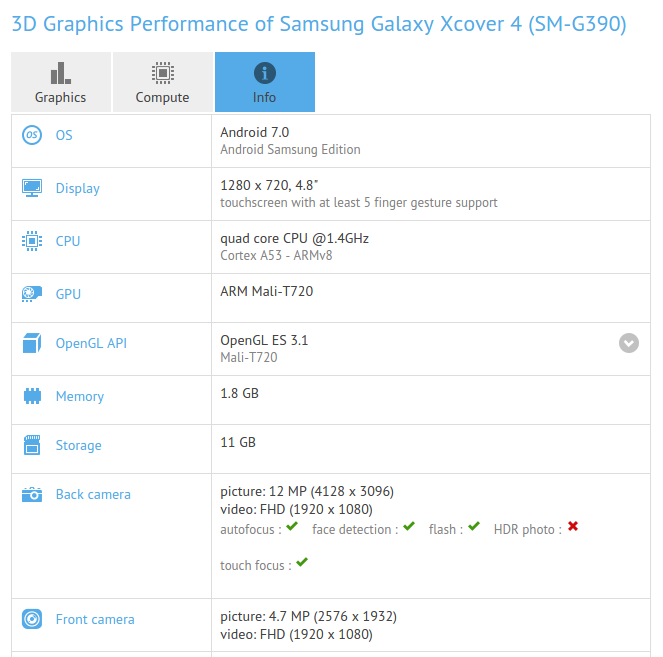 The smartphone will run Android 7.0 Nougat on a quad-core 1.4GHz processor with 2GB RAM. The listing reveals that the phone will sport a 4.8-inch HD display and come with 16GB storage. Further, the primary camera will have a 13MP sensor, while the selfie snapper will produce 5MP snaps.

Pricing and availability details aren't currently known, but given the pace at which the Xcover 4 is now appearing on certification and benchmarking websites, we expect an official announcement sooner than later to fill in the gaps.

Hope xcover 4 will be better than xcover 3. I'm still using xcover 3 but sorry to say It is a complete disappointment. Xcover 3 has got the roughed look but the back cover is really thin and most of the time doesn't lock properly. My phone has anothe...

i hope they make it unbreakable

Nice! I remember when the S3 came with a 4.8 inch HD screen, it was considered huge for a regular sized-flagship. Look how things have changed today.