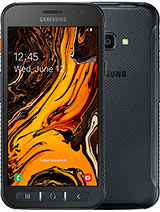 YUKI93, 15 Apr 2022This phone almost looks like a rugged version of the J2 Pri... moreOr a rugged J3, considering both of them use the same motherboard

YUKI93, 15 Apr 2022This phone almost looks like a rugged version of the J2 Pri... morecooooooooool

Bought one brand new this week for £139 to replace my 14-year old son's Xcover 4 which he used for 3 years . It took me more than 2 hours before I could start using it because it downloaded so many updates including Android 11 UI3.1 and 01May2022 Google security patches . Screen seems to be a lot better than XCover 4. Even the loudspeaker seems a lot better better. I am tempted to buy another to be used as my backup phone and SatNat because it's cheap now and it has newer OS, better engine, bigger ram, 2x internal ROM, better camera f1.7.

This phone almost looks like a rugged version of the J2 Prime that my mum used to have. Heck, the dimension looks almost identical between the two.

Update the os is upgradable to ONE UI 3.0 (android 11 based)

Luisangelp28, 26 Sep 2021Install the Thailand firmware from Sammobile, it has call r... moreThanks! It worked.

JAYDEEP , 08 Aug 2021i have purchased samsung galaxy xcover 4s, but as i require... moreInstall the Thailand firmware from Sammobile, it has call recording enabled (with Android 11...)

Hi I have typed a msg and saved to drafts ,now can't find drafts,,can anyone help

Before I got cover 4s I had an Motorola moto g5. I was so disappointed when I started using the Samsung. It's so very slow (3GB ram vs moto 4GB ram) and the camera doesn't focus. I'm sure it's a nice phone if you are out and about, and need a robust phone. But if I could choose again, I would have bought another phone.

I have en EU unlocked version and just got the A11/OneUI3.0 update, just shy of 2gb coming in.

vreemt , 13 May 2021I've opted for an Asian brand, Ulefone armor x7 pro, w... morethanks; i'm not an iphone fan so will have to either break the bank and buy the Xcover 4s or I think the next one to that size may be the A20e which is half the price, thought slightly larger screen. really annoying

DAC, 09 Apr 2021Just an update a little over a year in - the phone hasn... moreplease can someone help me? i have been trying to find a phone the size of the A3 2016 (4.7")which I have had for years . someone suggested the Xcover 4S as it is 5", but there is nowhere in London where I can physically see the phone. I am 75 and not technically able to figure out the whole thing. is it possible for someone to help me please?

DAC, 24 Dec 2019I took delivery of an Xcover 4s Dual Sim last week, and I'm... moreJust an update a little over a year in - the phone hasn't been treated badly, but the chassis is now cracked in 5 places at stress points (around the charging socket and buttons), which is appalling for what is supposed to be a sturdy phone. Performance remains acceptable, but battery life has diminished considerably over the past year, compared with the XCover3 I had before.
I had the XCover3 for 4 years. I don't think this will make it to 2.

ColdplaySwifties13, 05 Mar 2021Any evidence that Samsung is doing that? New software updat... moreI have no idea if phones are slowed down via updates but definitely they pre-install bloatware with updates like Netflix, Microsoft apps and Facebook

James, 10 Feb 2021I'm guessing Samsung deliberately made the battery dra... moreAny evidence that Samsung is doing that? New software updates usually comes with new features that is more demanding on the battery. I only think Apple does that to iPhone, Samsug will never do that to it's Galaxy devices.

Matandrius, 13 Sep 2020Hello everyone. How does battery last after android update?I'm guessing Samsung deliberately made the battery drain with their updates. See how Italian government sued Samsung for damaging the functionality of their phones using software updates so people would buy the next model