As we get closer to the supposed launch of Samsung’s next generation of foldables more details about the Galaxy Z Flip4 begin to emerge. The latest ones involve the phone’s chipset and battery capacity which both surfaced in two new listings. The first is a Geekbench listing for the Samsung SM-F721U believed to be Z Flip4 powered by the yet to be announced Qualcomm Snapdragon 8 Gen 1+ chipset. 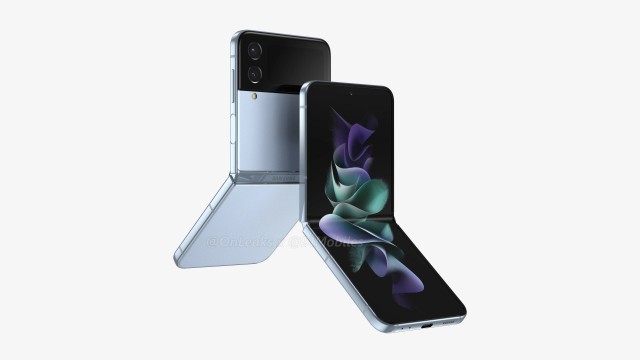 The listing reveals the chipset bears the “Taro” codename and features a maximum clock speed of 3.19Ghz which should be for the Cortex-X2 CPU performance core. We can also see an additional trio of cores clocked at 2.75Ghz - presumably of the Cortex-A710 variety and four power-efficient Cortex-A510 units running at 1.8GHz. The Z Flip4 in the listing is also equipped with 8GB RAM and boots Android 12. It managed 1,277 single-core points and 3,642 points on the multi-core test. 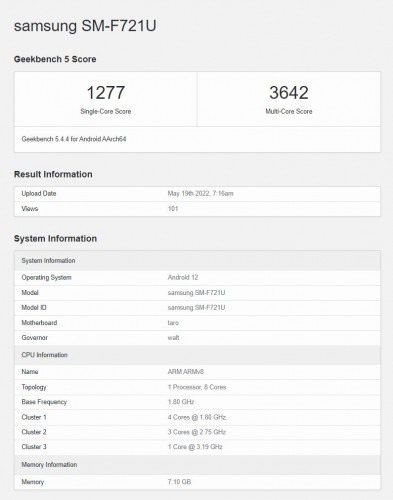 It remains to be seen what the typical battery capacity rating come out to. Regardless of the actual mAh value, a larger battery would be a much welcome addition as the Z Flip3 had pretty lack-lusted endurance.

Yeah, that is definitively of of those sp mbots going on full repeat.

As long as main screen is scratchable via nail its not worth more than 200. Because even A03s by Samsung have much more durable main screen.