Samsung’s next clamshell foldable just appeared in a set of real-life images. YouTuber TechTalkTV somehow managed to get his hands on the unreleased Galaxy Z Flip 4 and posted a video (which has since been deleted) showing the design of the upcoming foldable. The images show a largely similar design to the outgoing Z Flip 3 but also highlight the few tweaks made by Samsung. 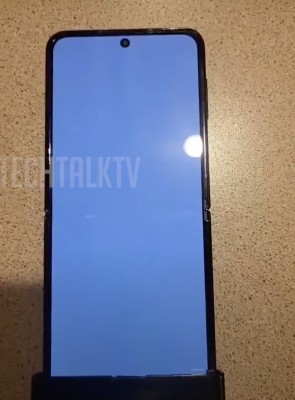 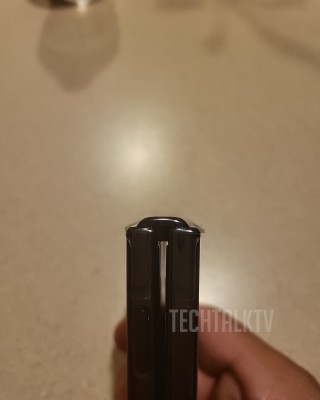 Z Flip 4 boasts a smaller hinge which attributes to the slightly smaller device footprint according to the source. The inner screen looks identical to the one on the Z Flip 3 though the image shows a less prominent display crease. We’ll have to wait for reviews to actually confirm this bit though. 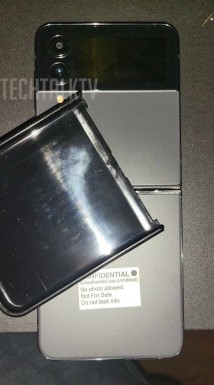 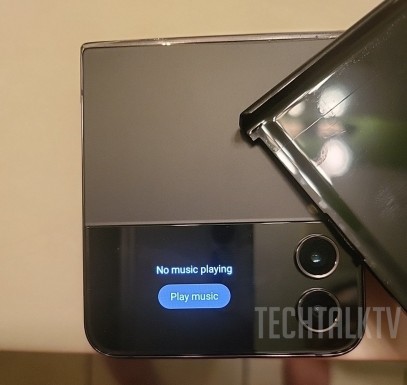 Z Flip 4 back and cover display

Perhaps the biggest change (pun intended) here is the larger external display which is rumored to be over 2-inch in diagonal compared to the 1.9-inch panel on the Z Flip 3’s external display. The device still sports a two-tone finish with a matte finish. The source suggests a larger 3,700mAh battery with 25W charging which would be a much welcome addition. The upcoming foldable is expected to release with the Qualcomm Snapdragon 8+ Gen 1 chip on August 10.

So, that phone is this SUPPOSED to be a "Innovation"

First, "With that high price" is right! As I am sad to see that poor people stay suffering so I research it, Second, the SD card slot removed that make others no room to store mp3 or other purpose just putting money toward cloud storag...