Last week we learned that Samsung was having difficulties with the rollout of its One UI 3.0 beta based on Android 11 and deiced to postpone it until they are fixed. There were several issues with battery life drain and persistent app crashes for Galaxy Note10 beta testers but now, both the 4G LTE Galaxy Z Flip and its 5G counterpart are getting the patched beta firmware. 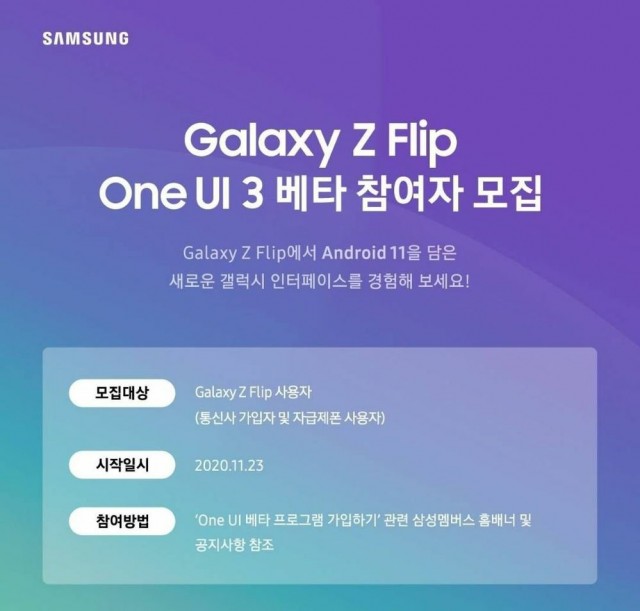 These are the first foldables in Samsung’s lineup to receive the newest OneUI beta which brings plenty of design and functionality changes which we previously detailed.

The new beta is limited to South Korean users for now but more regions will be added soon. Galaxy Z Flip users who want to test it out need to enroll for the beta via the Samsung Members app and once approved will get as an OTA update.

In addition, a Samsung Beta Operations Manager confirmed that One UI 3.0 beta for the Galaxy S10 series and Galaxy Z Fold2 will open by the end of this week. 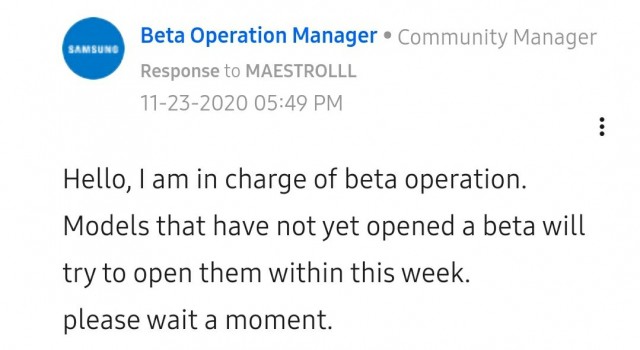 Wait note series is getting betas?