The Samsung Galaxy Z Flip almost stole the spotlight from the Galaxy S20-series as it's the second phone with a proper foldable display for the company. This time around, however, the handset employs a largely different spin on the foldable formula - unlike the Galaxy Fold which unfolded to a tablet-sized screen the Z Flip is a regular-sized phone that folds to a tiny size. 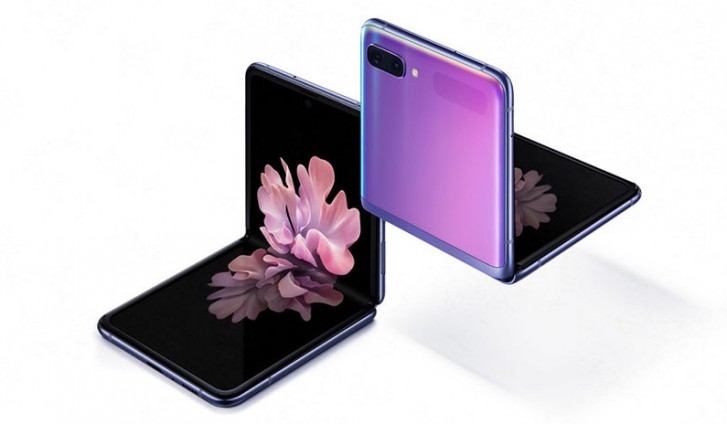 It's built around a super tall 22:9 6.7" Dynamic AMOLED. Excitingly, unlike all foldable screen phones so far, it employs Ultra Thin Glass layer on top, so it should be far more resistant to scratches. The resolution is 1080 x 2636px, which add up to just over 50% more pixels than its closest rival - the Motorola Razr. The Galaxy Z Flip also has a 1.1" secondary Super AMOLED positioned on the back of its cover so you can see your notification at a glance. It sits below a sheet of Gorilla Glass 6 along with the rest of the phone's outer body. 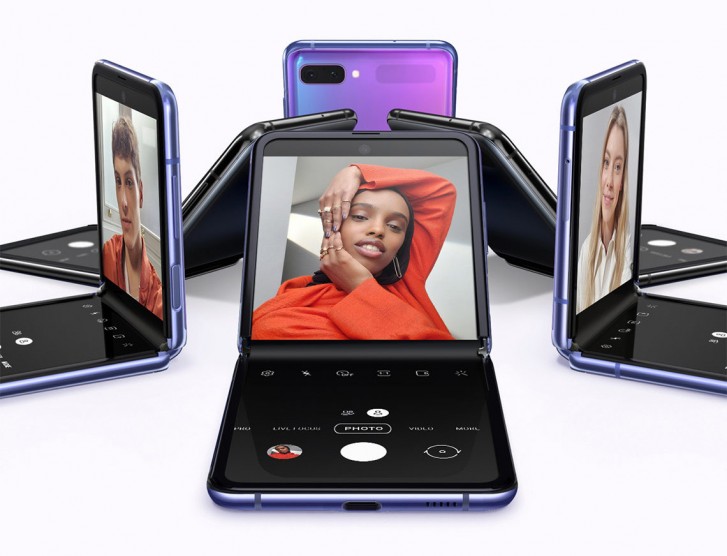 Inside you have last year's Snapdragon 855+ flagship chipset as opposed to the 2020 Snapdragon 865 silicone and the phone is 4G only. The only memory variant is 8GB/256GB but it makes use of the latest UFS 3.0 storage. 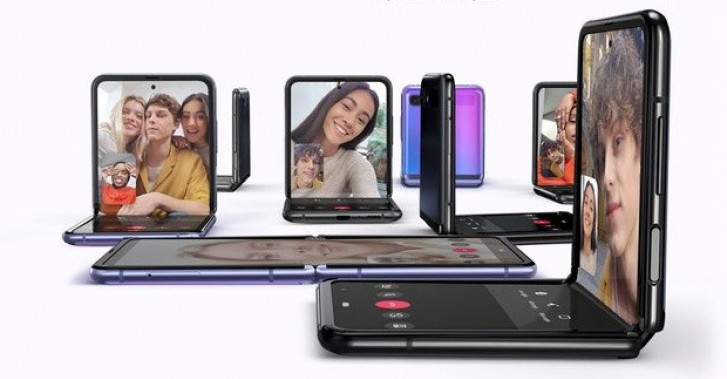 The main camera on the outside of the phone is using Samsung's 12MP sensor with f/1.8 aperture and relatively big 1.4µm pixels. It's joined by an ultrawide unit of the same 12MP resolution but with smaller sensor and slower F/2.2 aperture.

Samsung is making a big deal about the Galaxy Z Flip's internal camera. Its 10MP resolution and f/2.4 are actually a step behind even the Galaxy S10 family, but the phone can be folded at a bunch of different angles and laid flat on a table for an entirely new take on video calls or self-recording. 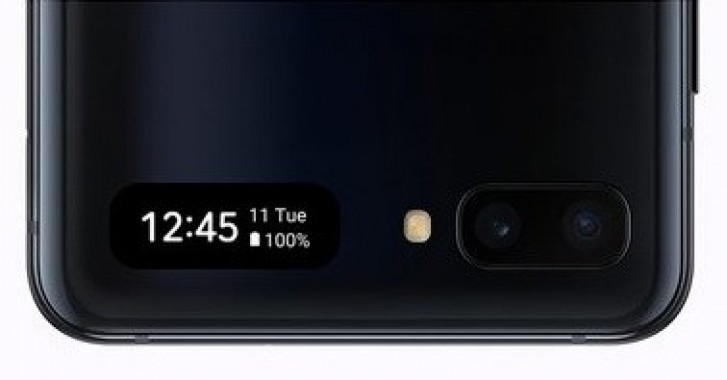 The Galaxy Z Flip features a 3,300 mAh battery, but charging speeds are limited to 15W.

Other noteworthy features include a set of stereo loudspeakers tuned by AKG, wireless charging and Android 10 with One UI 2.0 out of the box.

The Galaxy Z Flip will be available starting February 14 at $1,380/€1,500 in Mirror Black and Mirror Purple and Mirror Gold.

Jokes on you, I don't. I never keep my eyes attached to smartphone screen all the time.

Physics? They can't break the space time relativity bit. Yet.

It should be called the Galaxy No Flippin' Way I'm Buying This.