The Samsung Galaxy Z Fold2 was introduced during Samsung’s recent Unpacked event though not with as many details as we’d like. Samsung is expected to detail pricing and the rest of the spec sheet on September 1 but in the meantime, we have a new hands-on video of the device which shows out some neat software tricks as well as its refined hardware.

We can’t help but notice the crease in the middle of the main display, though it could be the lighting that’s obscuring the view. We also get our first look at Flex Mode which premiered on the Galaxy Z Flip and is now coming on the Z Fold2 thanks to its redesigned hinge which allows for new fold positions. 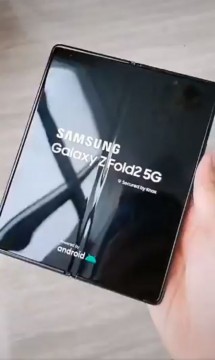 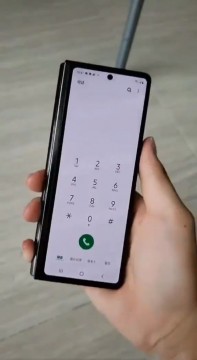 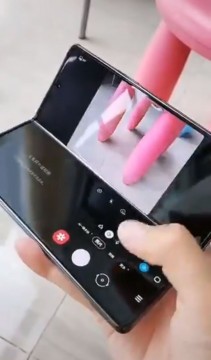 We can see Flex Mode in action in the split camera app which has the menus and toggles on the bottom half while the top is occupied solely by the viewfinder. We also get several glimpses of the 6.2-inch outside display as well as the toggles for the 120Hz display mode.

The Galaxy Z Fold 2 is also getting a Thom Browne limited edition this year, but it will cost you

You sure negates many of those benefits? I can do everything that you mentioned earlier no trouble at all. I like the fact that I can easily utilize the second screen to accommodate half of the document or spreadsheet.

i think most of you never hands on the real device, only talk by watch people reviewing on youtube. Fold phone are new form factor that many people never experienced it. Me myself get really excited when use it. it's not too fragile, like people...

Owning the first gen fold I absolutely love this device. The crease is noticeable for about the first 30 seconds when you initially turn the phone on and I haven't noticed it since! Working in the digital space, having a tablet on hand whenever ...